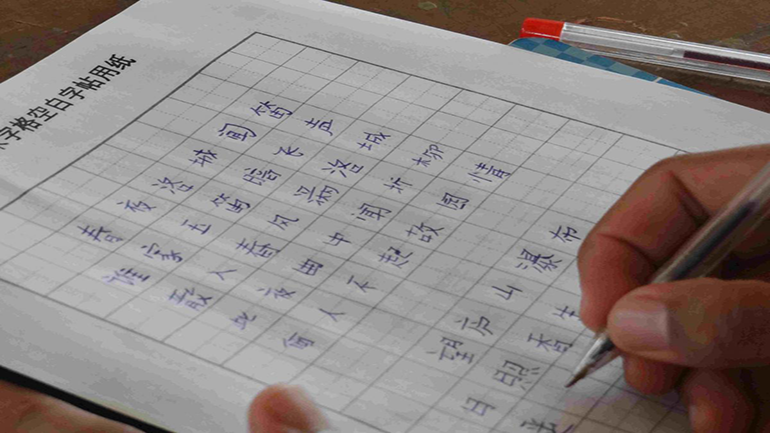 How to practice writing Chinese characters (hanzi) is one of the biggest difficulties in learning Chinese. You can just learn to only speak and read Chinese, but if you want to write it, you'll need to put even more effort into the language.

There are solutions like Skritter and Anki, but these are better suited for breaking the material down and studying it word by word or character by character (which you should be doing). What about getting consistent practice for writing whole chunks of text? I've found that the pinyin generation feature in Google Translate is useful for this.

All you should do is to find some Chinese text that you'd like to practice writing (there's a whole Internet of it, or you could use stuff you've had corrected by a teacher), put it into Google Translate and click the Ä button to get pinyin for it. Then you attempt to write out the text looking only at the pinyin and not the original Chinese characters. 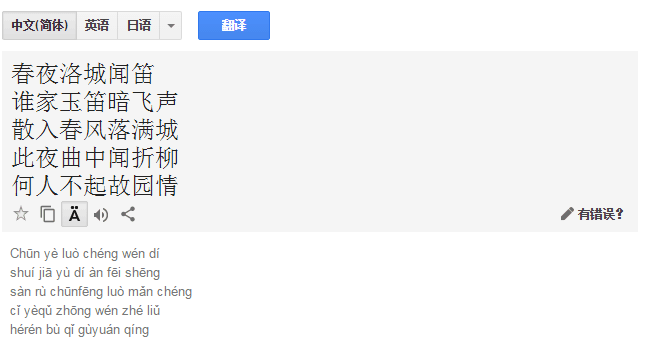 Isolating the separate skills in any task is often a good way to build up to mastery of the task as a whole. Musicians do various exercises that try to separate the many elements involved in playing an instrument. This approach lets you focus on weaker areas that may be preventing you from moving forwards altogether.

I've found that combining this pure writing practice with memorising individual characters and words in SRS (Skritter + Anki), as well as studying grammar with example sentences in Anki is quite a nice way to develop my Chinese writing skills.