How to write a Chinese business letter 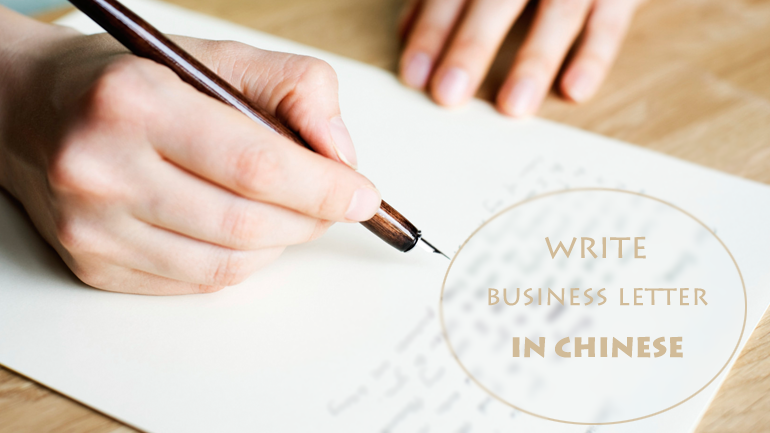 The Chinese language is a tricky thing to grasp. In the Chinese business world, we're also very particular about "礼仪" (lǐ yí), also known as "etiquette." That means that formal letters need to have the correct salutations and wording. Not to fear, we're here to help!

To sound polite and respectful, many letters begin with "尊敬的… (zūn jìng de)" which is similar to saying "Dear…" The literal translation of "尊敬的" is "Respectable." If you go to any formal events in China, you may notice that in speeches and presentations the audience is often addressed as "尊敬的" as well.

Following 尊敬的, you may add the addressee's surname and their position. Take "张三" as an example, it would be "张先生" (huá nǚ shì), or "Mr. Zhang.

In order to sound straight to the point, some letters may start with "致" instead, which is the equivalent of "To." It is often used in open letters or a single letter addressing an entire  department. For example, "致: Microsoft 财务部门" would be "To: The Microsoft Finance Department." "致" is also used on mail and physical letters.

Following 尊敬的, you may add the addressee's surname and their position or honorific. Take "张三" as an example, a formal letter would address him as, "张先生", or "Mr. Zhang".

THE COMPLIMENTARY CLOSE AND SIGNATURE LINE

To end your formal letter or email, you may choose to write "此致敬礼," (cǐ zhì jìng lǐ) which means "I end my words with respect." Those four characters should be written on two separate lines, as shown below:

Finally, to sign off, many people choose to write their name, followed by "敬上" which is similar to saying, "Respectfully yours…". For example, "张三敬上." The date is written below the signature, with the format Year/Month/Day.

The salutation and body of the email is typically indented four spaces, whereas the end and signature is often right-aligned. With the proper alignments, your letter should look something like this:

You may notice that younger generations sometimes like to address their letters as "亲爱的", which is "Dear…" This should never be used in formal emails or letters as it sounds too personal.

0 responses on "How to write a Chinese business letter"