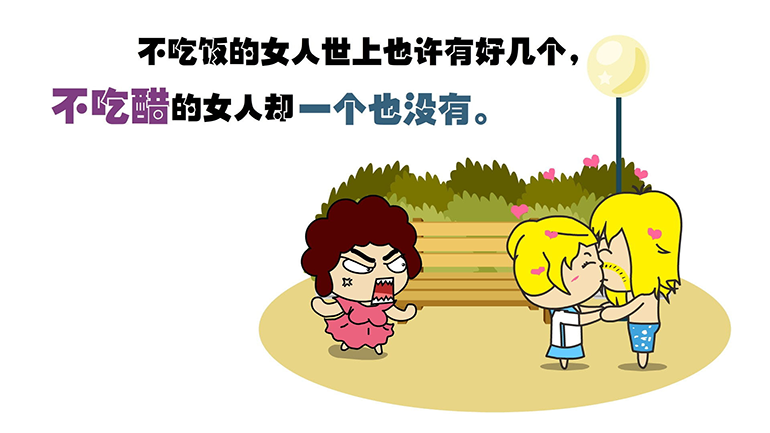 The Chinese phrase 吃醋 (chīcù) literally means "to eat vinegar". "吃" means "to eat", while "醋" refers to vinegar, a kind of sour seasoning. However, the word "吃醋" also has a figurative meaning of "feeling jealous". This phrase is usually used between a couple.

There is a story about this idiom.

Supposedly, the story happened in the royal court of Tang Dynasty. It goes like this:

Emperor Taizong (唐太宗, táng tài zōng) decided to choose a concubine for his premier Fang Xuanling, in order to win Fang's loyalty. But Fang's wife, being extremely jealous, opposed bitterly to the emperor's decision and would not compromise at all. The emperor had to challenge her by ordering that she should end up with either drinking a cup of "poisonous wine" or accepting the arrangement. Unexpectedly, Mrs. Fang was such a strong-willed woman that she tossed off the wine without any hesitation. The "poisonous wine", however, turned out to be thick vinegar tasting sweet and sour. Since then, "吃醋" has been figuratively referred to as jealousy.

For a couple, if either party is attracted by or flirting with someone else, the other party can say "我吃醋了"(Wŏ chī cù le, I am jealous of your relationship with him/her).

He felt jealous when he found that she fell in love with someone else.

0 responses on "吃醋": a Chinese expression for "feeling jealous""