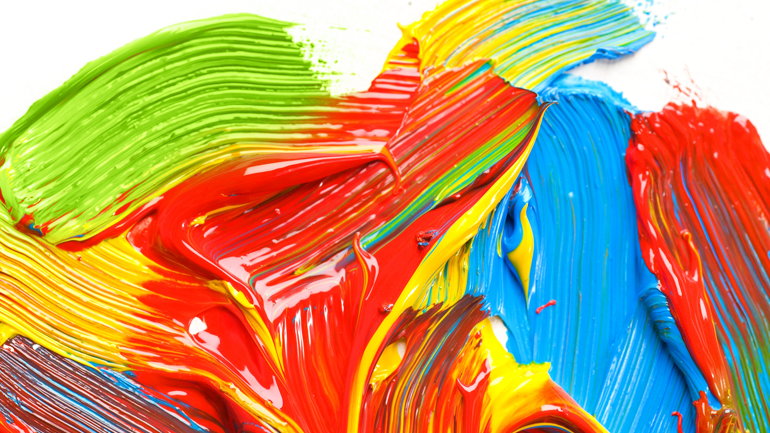 Green with envy? Feeling blue? Irrespective of whether you've been forced to pour over the symbolism of a certain shade of gray, perhaps as part of a Literature degree, most Westerners have a decent idea of which colors equate to which emotions. But the Chinese palette is an entirely different animal, with the potential to ruin the best intentions – just try giving your Chinese girlfriend a white rose on Valentine's Day.

Since time immemorial, white has been the dominant color displayed at Chinese funerals, the so-called "白事 (báishi)", literally, white affairs, while those of lower intelligence, more colloquially known as idiots, are referred to as "白痴 (báichī)". When hard work achieves no results and all one's efforts prove to be in vain, Chinese people often say —"白忙 (báimáng)" or "白费力 (báifèilì)".

During a traditional Chinese wedding, it is considered auspicious for the bride and bridegroom to dress in red, in anticipation of a blissful, argument-free union. Red lanterns, red couplets and red papercuts blanketed with the Chinese character "喜 (xǐ, bliss)" are ubiquitous. Red even makes its way into the lexicon in a term used for female matchmakers, "红娘 (hóngniáng)", literally, Red Ladies.

The dragon robe, the official garb of the feudal emperor in Chinese society, is yellow, and the color's symbolism extends to representing imperial power and sovereignty. Chinese people boast that they are the "炎黄子孙 (yánhuángzǐsūn)", or the offspring of the ancient Chinese Emperors, Yan and Huang, who are regarded as the ancestors of the Chinese people. Moreover, days on which it is considered auspicious to do business are dubbed "黄道吉日 (huángdào jírì)".

In traditional Chinese plays and dramas, actors whose faces are painted black are playing the role of righteous and just characters. "包拯 (bāozhēng)", renowned as the most impartial judge in Chinese history and a frequent , is easily recognized by his black face.

Green has similar connotations in both Chinese and Western culture. The colour appears in agriculture-related Chinese phrases, such as "绿洲 (lǜzhōu)" — oasis, and " 绿野 (lǜyě)" — green field. "绿帽子 (lǜmàozì)", literally, green hat, is an exception. Most men are afraid to wear a green hat — as to do so suggests their girlfriend or wife is cheating on them.

0 responses on "Colors in Chinese culture"