At just two-years-old Barclay can already say "hello", "bubbles", "wash hands" and several other words in Mandarin. Ursula, also two, can say "fish", "horse" and "more food" and her Mandarin vocabulary already stretches to more than 50 words. But this isn't Beijing or Shanghai, and neither are Barclay's or Ursula's parents Chinese.

Both children are English and this is a day care centre housed in a Welsh Presbyterian chapel in the City of London.

Here children like Barclay and Ursula are just as likely to sing a Chinese nursery rhyme. Numeracy games are played with Chinese characters as well as Roman numerals and lunch includes not just sandwiches, but spring rolls and fried rice.

It's what Hatching Dragon's founder Cenn John refers to as "immersive learning", enabling children to absorb all aspects of a radically different language and culture from as young as six months. 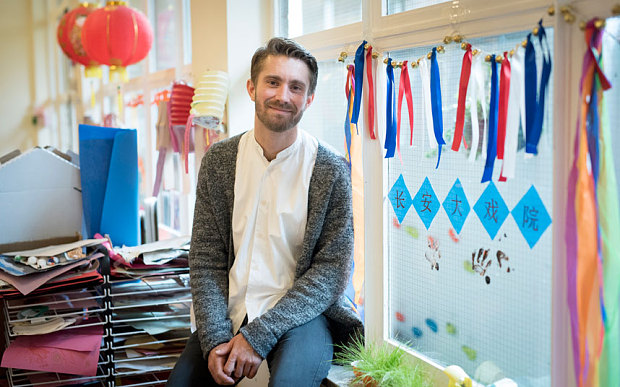 And it's increasingly popular with parents who want their children to grow up with a linguistic advantage over their peers – ready to take advantage of speaking the language of the world's soon to be single biggest economy.

"The nursery's English-speaking staff play, sing and talk with the children in English, while its Chinese staff do so in Mandarin," said Mr John, who studied Mandarin at university and went on to work as a political and education consultant in China. 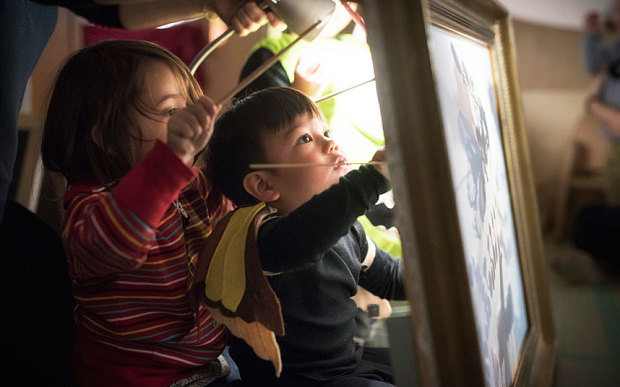 He opened the nursery in May in part because he wanted his own son Aneurin, now 3, to learn the language he felt so passionate about.

"I wanted my own boy to be fluent enough at an early age to be able to sustain that in later years," he said. "It's also a way of helping to break down prejudice to different cultures, in this case Chinese, by learning about them through song and language."

With that in mind, Hatching Dragons is aimed principally at English speaking parents who want their children to learn Mandarin as a way of preparing for a world where China's economy will be increasingly dominant.

"We have to become able to communicate with a market of 1.37 billion people," said Mr John. "Some of the children who come here may one day work in China, but more importantly they will be able to engage with the Chinese diaspora that will continue to come to Britain to study and work." 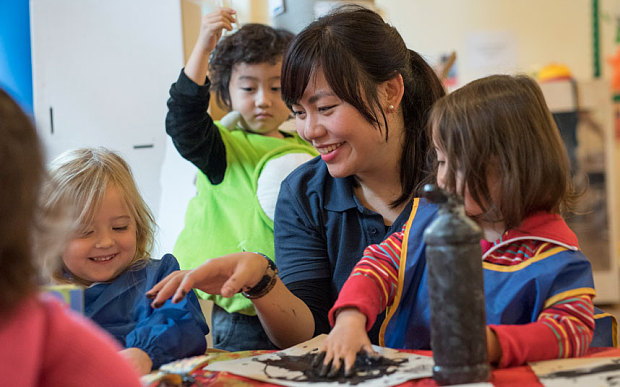 Barclay's four-year-old sister Macy is also learning Mandarin, at Hackney New Primary School, and loves joining her brother at the nursery at the end of the day.

Their father Elliott Hammer, a solicitor in east London, said: "We obviously wanted our children to have a good start in life and knowing another language is a great way of helping them achieve that.

"I learnt French at school, but how many French speakers are there? It's a numbers game. China is going to be the world's largest economy. It just makes sense to learn Chinese."

That compares favourably to the cost of as much as £25 an hour charged by Mandarin speaking nannies in London. And to avoid becoming the exclusive property of top executives the nursery has opted into an 'affordability scheme' by which the children of low paid parents who live or work in the City are part subsidised by the Corporation of London.

Though most of the 36 children currently registered at the nursery come from English-speaking families, there are also a number of Chinese children here, whose parents want them to learn English while enjoying the linguistic comfort blanket the nursery's Mandarin speaking staff provide.

In one corner two-year-old Julien is busy counting one to 10 in Mandarin using tangerine segments, under the guidance of nursery worker Li Jing, 29, from Guang Zhou.

Julien's mother is Chinese-American and his father French-Canadian, so at home he speaks French and Cantonese, while at the nursery he speaks English and Mandarin.

Even at just a few years old the children can distinguish between the languages and know which one to use with a particular person.

Mr Hammer, 33, said: "Only recently we were at the Museum of Childhood with Barclay and he ran up to a Chinese family and said hello to them in Mandarin. He didn't know them, but he knew they were like his Chinese carers at nursery. It's just fantastic to watch."