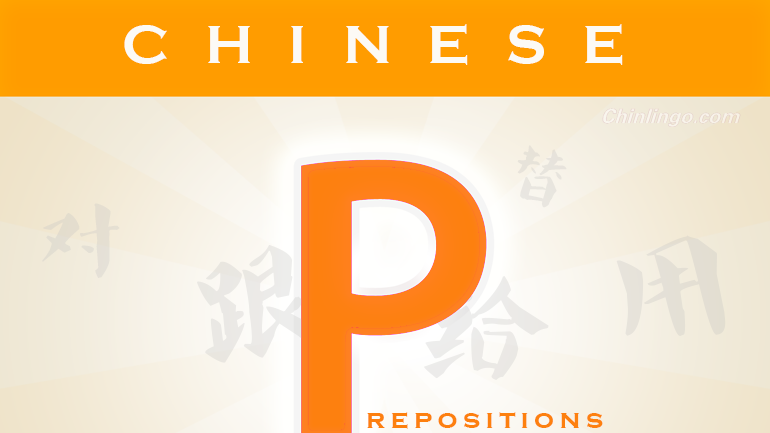 The most common general Mandarin prepositions are:

The object of a Mandarin preposition comes directly after the preposition, and the OBJECT + PREPOSITION phrase (the Prepositional Phrase or PP) comes before the verb, as in this example:

Modifiers such as adverbs are placed either before the PP or after the verb’s object:

I will speak with him tomorrow. (literally: I tomorrow will with him speak.)

She has already fixed it for me. (literally: She already for me fixed it.)

0 responses on "5 general prepositions in Chinese"