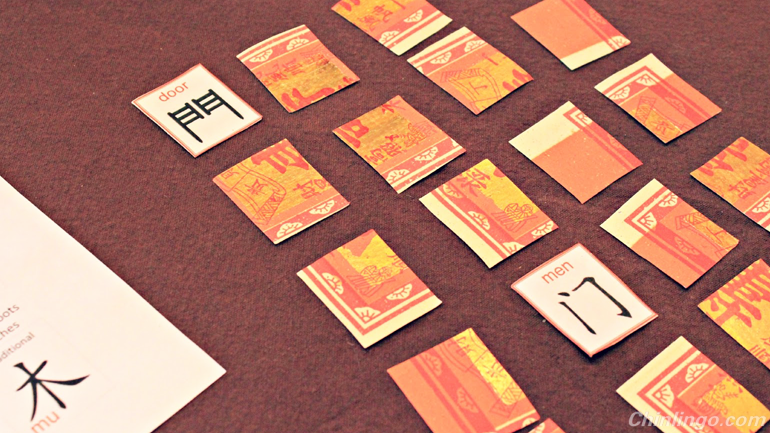 This games is primarily designed to:

Be fun to play

Preparing for this game can either take ten seconds if you're doing it on the fly or just want to get started immediately, or it can be a long process if you're a teacher and plan to use this in class. This article will talk about the game played with one native-speaker friend.

This is how the game is played:

Write some words in Chinese on a piece of paper without showing your partner (the words shouldn't be very difficult, go for concrete nouns like car, table or tree if this is the first time you play)

Select a word from your list and describe it to your partner in Chinese without using the word itself or mentioning any of its parts (if it's a two-character word, you can use the individual characters to say other, unrelated words, but if you're describing 火车, you're not allowed to use 车 independently, neither is it okay to use 车子 or 车辆. The same goes for anything related to 火).

In general, you're not allowed to describe anything apart from the meaning or usage of the word in question (in other words, you can't say that it sound like some other word or describe what the characters look like)

Take turns doing this and gradually use more difficult words (abstract words, verbs, anything you like)

Car: "It's something many people use everyday to get to work. If there are too many of them in the streets, traffic will be slow."

Table: "This is something we use to put things on when we eat or when we study. We usually sit on chairs around this."

Tree: "This is a living things. It's green and grows in the forest. It's usually tall."

Of course, the level of the descriptions can vary. Describing things such as "time", "honour" or "life" isn't very easy. If you on the contrary found the above example to be quite difficult, don't worry, you can just use easier words. For instance, the word "table" above has a much easier description than "car" has.

After completing a round, it might sometimes be a good idea to use a dictionary to see how the word is defined there. The descriptions there are of course likely to be very concise and accurate, but it might still be interesting to see how the word could have been defined. Of course, your own descriptions don't have to be in the form of entries in a dictionary! The game should be fun and encourage speaking, which is way more important than nailing down exact definitions of words.

Adding a competitive element and making the game harder

If you think the above game is too easy or want a competitive element to the game for some other reason, you need at least three other players (it's possible to play with two friends as well if you're creative). Divide the group into two teams and create a number of lists of words before the game starts. Shuffle the lists. One person in the first team then draws a list randomly and now has one minute to describe as many words as he can on that list. One word is completed as soon as his partner guesses the correct word. As soon as a word is guessed correctly, move on to the next. The team then gets one point for each correctly guessed word when the time is up. Then it's the other team's turn and the game continues either to a certain total score or for a given amount of time.

This game is excellent for many reasons, but apart from being quite entertaining, it also allows you to focus directly on fluency itself. If you get really good at this game, you gain the ability to explain words you don't know so well that people perhaps don't even realise that you're doing it when you're talking. Let's say you don't know how to say "skyscraper" in Chinese, but since you know that and spot the problem one second before it appears in the sentence you're currently saying, you just say "very tall building" instead. You know that you actually described the word "skyscraper" in another way, but if you do this smoothly, the person you're talking to might not even notice.

Also, the game can be made very easy by selecting words that aren't too difficult to explain. Try it!

0 responses on "Playing word games to improve your Chinese"