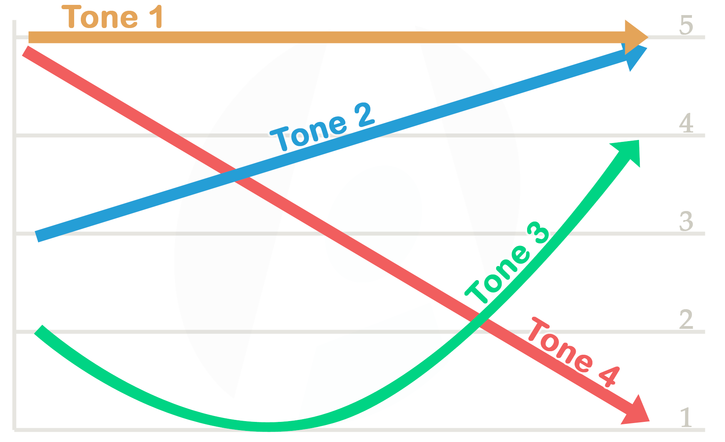 It is a very common phenomenon in Mandarin Chinese. Here we list some specific rules that cause tones to change in certain situations.

"不" is a fourth tone syllable by itself. But it becomes a second tone when followed by a fourth tone. For example:

A third tone, when followed by a first, second or fourth tone, or most neutral tone syllables, usually becomes a half third tone, that is, a tone that only falls but does not rise. The tone mark is unchanged.