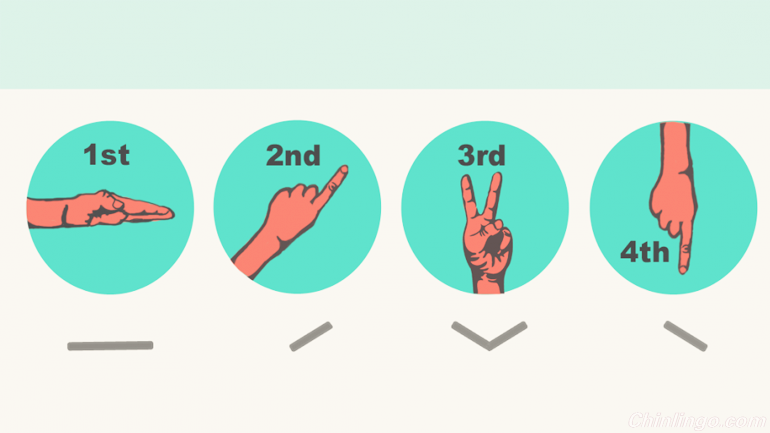 Chinese may have what seems to be an infinite number of characters, but the phonic variations are definitely finite. That makes it easier then, you say – less words to learn right? WRONG! This particularity results in one word (or sound) being attributed to multiple characters.

Type "Shi" into your online dictionary for example. Yep, I told you. Still scrolling? Now you see what I mean.

Oh, but then you can tell the difference with the tone, right? Wrong again! Being as there are only four tones, it is not uncommon to land up with two (or, God forbid, more than two) characters with the same word and the same tone. These dreaded homophones will be dealt with another time.

For now, let's focus on words that sound similar and can be easily confused. Don't think you are safe by saying a word in the wrong tone if it is in the context of a sentence. You'll be surprised how many sentences still make sense if the tone of one word is changed. The importance of accurate tones is explained in a previous article.

Here are a few I have found particularly vexing:

I can't say I have been the most helpful when it comes to directions.

Many of my friends have been informed that I will "practice" them later.

Yes, I have, several times, unwittingly boasted that I am learning Korean.

No… hard as it is to believe, I don't want to order two leopards for lunch from your steamed bun café.

Which reminds me of:

I'm sure you have seen Transition 对不起 by Danny and Stef Roberts, an ode to foreigners in China. This tone trap comes up in their song:

nǐ xiǎng chī shénme? 你想吃什么？What do you want to eat?

This has landed me in some sticky situations.

But this beats all:

In my first few months in Xiamen, China I went to the beach with some friends. I saw a group of young graduates letting loose on the beach near us and I went up to them intending to ask them if they had a lighter. Being British, I thought it was impolite to jump straight to the question, so I started with:

But instead, I said:

I stood there, oblivious to what had caused such a huge reaction in the group and why I was suddenly surrounded by a lot of keen looking guys. I stuttered out the rest of my question and then luckily one of the fellows made the leap. He was kind enough to explain my mistake as he gave me a lighter and the rest trudged reluctantly away, apart from a few hopefuls hanging back to see if my mistake was actually on purpose.

I'll never make that mistake again! But that goes to show how important tones are. However, this is not meant to deter you. Languages can only be learnt by opening your mouth and speaking. You should never stop taking every opportunity to practice your Chinese – make mistakes, laugh about them, then learn from them.