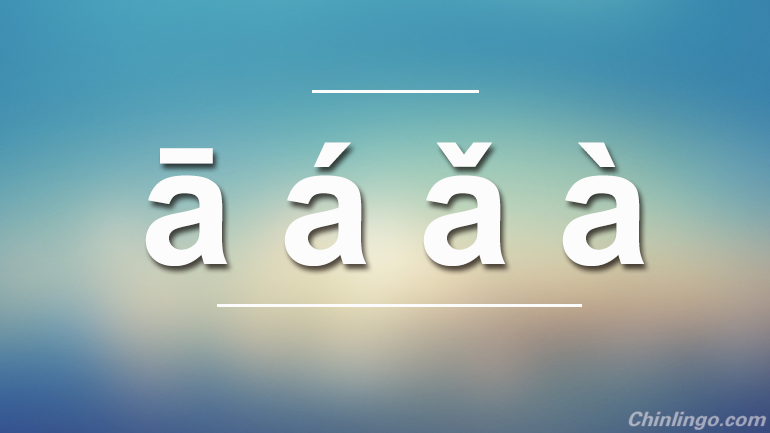 Chinese comes with its challenges, and everyone must find a way of overcoming them. For me the greatest challenge has been getting my tones right. I can never seem to remember which tone goes with what word, and often confuse words with similar sounds but different tones.

Pronouncing tones is not a problem, although it took some practice to distinguish between the second (á) and third (ǎ) tone. (If you are also having trouble with this, I feel your pain! It's tricky because when spoken quickly, the third tone also sounds like a rising tone. If you listen carefully however, you'll notice the second tone is higher in pitch than the third.)

It's quite hilarious looking back at those first few months when I would try to get away with saying a toneless sentence – because if all the words are in context, the meaning will be obvious right? Wrong! Even if you speak a grammatically perfect sentence, paired with creative hand gestures, in a place where your purpose should be blatantly obvious (holding a 100 Yuan note next to your phone in a top-up place), you will not be understood until you get your tones right. Tones are THAT important, honestly.

So, how do we get tones to stick in our heads? Many get there through trial and error, but there is a lot of advice out there now and I feel it only right that it be shared, in my noble quest to save woeful foreigners from the embarrassment of practically having to perform a public play to get themselves understood.

This is something I tried when studying full-time and memorising a bucket-load of characters a day. You basically assign a colour to each tone and then use the appropriate colour when writing out characters. Many apps for learning Chinese include this option so you can pronounce a new character just by looking at the colour. I find this particularly useful with sentences, because sometimes you get a block of red for a string of first tones together, for example, which makes it easier to remember. 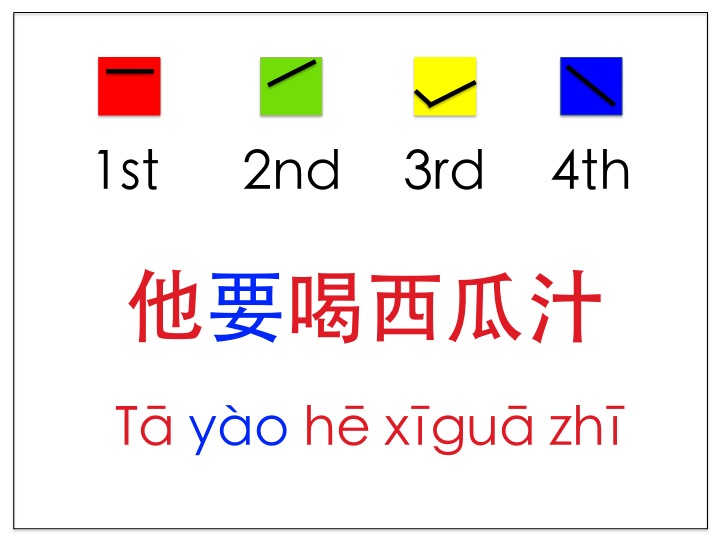 However, there are a few pitfalls with this method, as I was to find out. Firstly, make sure you have enough pens in the right colours. I was using green for second tone, until it ran out and I changed to pink. Not a wise move.  Secondly, you will discover before long that some crafty characters like to change tone willy-nilly. Two third tones together is a big no-no, so one of them is pronounced as a second tone for as long as he sits next to his other third-tone friend. Sigh.

This method is helpful as long as you don't get too pedantic about it. It at least helps ease the headache of distinguishing words that have the same sound but different tones.

Learning tones in context helps … a lot. If you learn them in a sentence, you are more likely to remember, rather than trying to learn each individual word.

The best way to go about it is to pair a word with something it frequently goes together with, and learn them as a set.

For example, 吃饭 is a first tone leading to a fourth. Once you get this echoing around in your head, you can add on more words to extend the pattern:

Once you have context your brain can file it and you can memorise it more quickly.

If you are struggling to pronounce tones, audio CDs that come with your textbook are your godsend. Use them like a drug. Download them onto your phone then listen to the tracks over and over, everywhere you go. Soon your ear will tune into the tones and you will be able to distinguish them.

The next step is to imitate exactly what you hear on the tape. Yes, your Chinese may end up sounding like an old man from Beijing, but it's worth it. Listen, pause, record yourself, play it back, notice the difference. Try again. And again. Eventually, Chinese will flow out of you like a river, amazing and inspiring all who hear it along the way.

If Chinese is your Everest, we hope these articles will give you a bit of a foothold to boost your progress. You are welcome to share your journey with us in the comments section below.