Learning Chinese with 5 loanwords in English 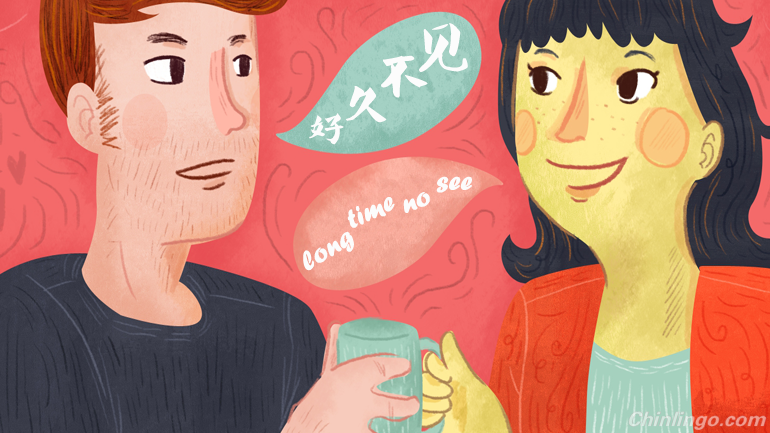 Loanwords are words which have entered one language (English) from another (Chinese). Knowing these loanwords can make learning Chinese easier and addresses common misconception about Chinese: There are some similarities between Chinese and English!

Here are 5 words and phrases commonly used in the English language which come directly from Chinese. Whilst there are others, these 5 are the most interesting and useful.

The Chinese have a word "xǐ nǎo (洗脑)" which literally means "wash + brain". This was a term first used by the Chinese army during the Korean War. It meant using aggressive techniques to get people to change their deep set beliefs. The Chinese attempted to "brainwash" many Western prisoners of war so that they'd become pro-communist. The term entered English when these prisoners of war came back to the West.

Chop chop comes from Cantonese – "sù sù (速速)". It literally means "hurry, hurry" and means that something should be done now, without any delay. It spread through Chinese workers at sea and was then adopted by English sailors. The word "chopsticks" likely comes from the same phrase.

The term was brought into English by a US soldier. He heard it from his friend, one of the founders of the Chinese Industrial Cooperatives. In an interview he explained: "I was trying to build up the same sort of working spirit I had seen in China where all the soldiers dedicated themselves to one idea and worked together to put that idea over."

In 1943 there was a war movie called "Gung Ho!" about an attack from the soldier's company. As a result, the meaning changed from a motto of working together to the modern "guns blazing" meaning.

There are several theories as to where the word for ketchup comes from. One of the main theories is that it comes from Cantonese: "qié zhī (茄汁)" is short for "fān qié zhī (蕃茄汁)" which means tomato sauce. The Oxford English Dictionary says that the word comes from the Amoy dialect of Chinese: Kê-tsiap means "brine of pickled fish or shell-fish". Finally, the word may have come from Malay – kchap / ketjap. This means taste although refers to a fish sauce.

Long time no see is a phrase which doesn't follow normal English syntax. This is because it is Chinese Pidgin English – a combination of Chinese and English which makes communication between the two easier. It is similar to the Mandarin phrase "hǎo jiǔ bú jiàn (好久不见)", which can be translated literally as "long time, no see". It entered into English via Chinese immigrants in the United States.

In Chinese, this is actually a Chengyu – a 4 character idiom. I talk more about these, and give some more examples in this post. Check it out and impress people with your "nativeness".

0 responses on "Learning Chinese with 5 loanwords in English"