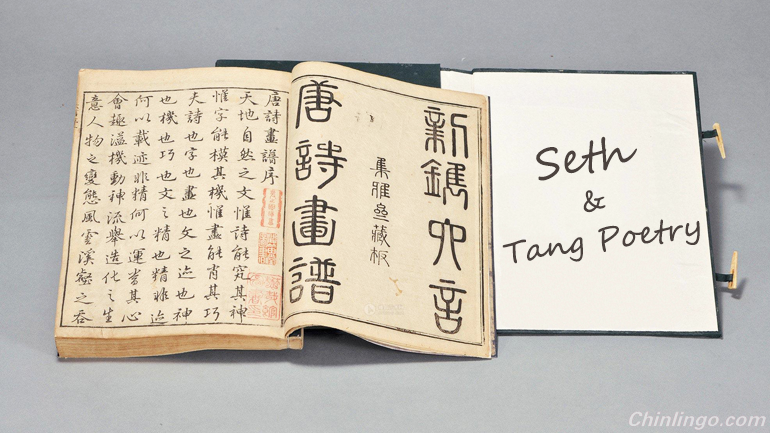 Learning Chinese for: 6 years (on and off)

What made you want to learn Chinese?

I had always wanted to study abroad, ever since I was a kid, so when it came to my third year of university I decided to go somewhere. I wanted to use the study abroad experience to go to a completely unknown area where I wouldn't be able to read or speak anything. Then maybe, if I was lucky, I could use it as kind of a springboard to another language. That's how I wound up in a study abroad program that took me to Chengdu.

How did you learn Chinese?

I did an intensive language program in Chengdu for one semester. That is where I picked up all the foundational stuff in Chinese, like how to use the dictionary, the four tones, how to write out the character strokes and everything.

After that I went backpacking and travelling around China for 3 months with just a combination of small notebooks that I could fit in my pocket, and then a dictionary. They didn't have smart phones then, so I bought one of those electronic dictionaries that have a touchscreen and a stylus to draw the characters with. I would just walk around and look up characters all the time – constantly looking up characters  – and then if I couldn't figure out what they meant, I would just text my Chinese friends and chat back and forth with them.

While I was travelling I got a bunch of QQ numbers (a chat software), and when I got back I installed it on my computer and I would just chat with people on QQ. That was my method of studying – just chat for an hour a day or something and then look up characters I didn't understand.

I also studied in Xiamen University for two semesters, and have been living in China for 5 years now. That is a huge help. I passed my HSK 6 in 2013, 4 years after my first Chinese class.

What methods helped you learn faster?

Travelling around on your own forces you to use the language because there is no other way to communicate with people. And also having a network of Chinese people – at least 4 to 5 people that you can just endlessly barrage with questions – is helpful. You need people who are always willing to answer your questions. I would often send the same question out to like 5 different people and then see what the reactions were. A dictionary and people you can annoy. That's all you need.

What did you find difficult about learning Chinese?

I would say the hardest part is motivation because Chinese never gets easy. Sometimes it feels just endless; I'm endlessly looking up characters, constantly learning new vocabulary. Its like you're stuck in quicksand and just can't escape. So, you have to figure out how to keep studying even when you don't feel motivated at all. That is the hardest thing, but if you can do that, you will be fine.

Any tips for that?

You just have to tough it out. It's like mountain climbing. It helps to have goals. My goals have always been focused on specific skills, like I want to be able to write an essay, or listen to the news, or read the newspaper or something – stuff like that.

It might seem kind of cliché, but one of the coolest things about Chinese is that it gives you access, if you are really diligent, to a lot of ancient literature that is really, really interesting.

Like for instance Tang poetry. I didn't start reading this stuff until recently, but it's fascinating because there are a lot of excellent writers that have written stuff in Chinese. These are books you would never find in English, they were never translated.

Tang poems are interesting because they focus almost exclusively on imagery. They are usually 4 lines long, but somehow manage to pack a huge amount of imagery into each line. They just shave off all the extra words and present you with images. The way that the language is used is extremely sophisticated; the rules behind them are more intense than sonnets. The whole poem gets tied together in the last line – it's like you are reading these images and then the last line comes in and, wow, it's just amazing. Every poem is like an epiphany.

The thing is, it's not as if they are poems you can't relate to. These people were writing over a thousand years ago, but the poems have themes we can relate to as modern people and that is really fascinating. For example, a lot of them are about saying goodbye to a friend, or how difficult work is; they have poems about getting shit-faced drunk, or about missing home. It is amazing to read something that was written that long ago, that has such an incredible level of expression while only using 16 characters. That level of expression is stunning.

That to me is the most interesting thing. Otherwise, Chinese itself gives you a lot of access to journalist's stories. You can talk to a lot more people, and, if you are good at interviewing, you could probably get loads of good stories. If nothing else, it's really a good challenge.

Any last words of advice?

Just keep going. Keep going when you want to quit. If you really feel like quitting, then maybe just stop for a week and if you're naturally inclined to study you will go back to it.

I have sworn that I will give up and stop studying Chinese so many times. I was like "I'm done! It's too much! I give up!" all the time. I'm always questioning, like, "Should I just stop? This is ridiculous." But ultimately it's all been worth it.