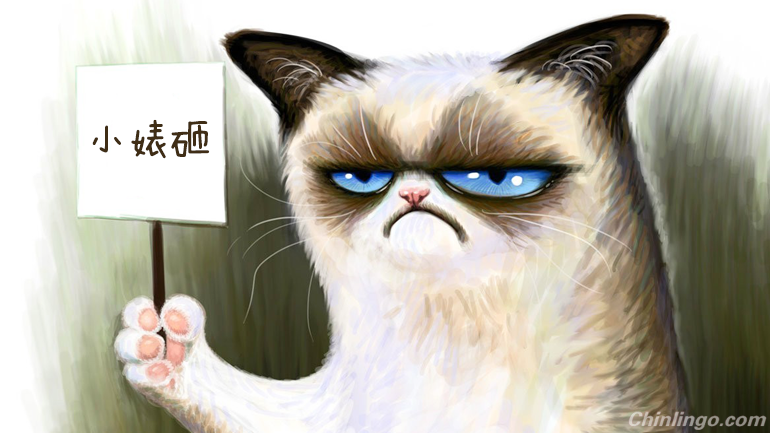 You might often see Chinese words like "绿茶婊(lǜ chá biǎo)" or "心机婊(xīn jī biǎo)" on the Internet, which originally refer to annoying girls. However, there are more than these two kinds of annoying women (you can call these women "小婊砸- xiǎo biǎo zá" in Chinese, which means "bitch" in English). Some of them just become one of these unknowingly.

A friend complains how tired she is from her workout, instead of asking her what she did or what hurts, you tell her that you know exactly how she feels. Then you begin to complain about the intense double-session Pilates class you took Monday that's still  painful.

You may think you are just trying to get closer to each other, but for your friends, you might come off as a "优越婊 (yōu yuè biǎo)". You make every conversation like a competition and you always show off by putting your friends down.

We all have that one friend who always complains of being broke and does not have enough money to go out for fun, but she never misses the opportunity to go out with friends and bum meals off them.

Although she says "It will be my treat next time", it always turns out to be an empty promise. To be honest, if a "哭穷婊(kū qióng biǎo)" does not have money to go out, she should just stay at home.

The chatterbox is not annoying, but a person who never stops talking voluntarily is.

These "唠叨婊(lāo dāo biǎo)" enjoy talking to someone else and they are rather loud. However, few people like to listen to others' meaningless stories. If the listeners' eyes start to wander, they are most likely waiting for the moment to cut you off.

No one likes a complainer. No matter what you are complaining about, whether it's your failure in love or work, few people are really interested. Everyone has their own life, and if you keep complaining about everything to others, they will only keep distance from you. They will know all you can do is bring negativity.

Complaints will only ruin your relationship, unless the other person is just the same as you are, and you two can be a duo to complain about everything and share frustration with each other.

Some women take it for granted that it is not their duty to clear the plates from the table, close the door behind them or carry their own baggage. These kind of women are regarded as the "懒惰婊 (lǎn duò biǎo)", spoiled by the so-called "gentleman courtesy". Both men and women should be raised with manners.

Minding your own business is the basic manner which should be followed by everyone. Being high maintenance may have gotten you more popular, but not more liked, so do things by yourself and lend a helping hand.

Every girl vowed to her girlfriends in childhood that she will never let a boy come between them. However, the truth is they can't keep their promise now.

These "男友婊 (nán yǒu biǎo)" always show the pictures of her and her boyfriend on Facebook and Twitter, and they even put off the already fixed date with friends, just because of the boyfriend!

"玲珑婊(líng lóng biǎo)" always want to please everyone and gets involved in relationships with everyone. Therefore, they doesn't want to take sides in disagreements between two friends. Instead, they always try hard to smooth things over rather than voice any opinion out of what they truly think. They don't want to stir things up.

If you think someone is in the wrong, just directly say so. If they are right, say so as well. Don't try to blur the lines between two sides, or it will make you stuck in the middle.