No longer are tattoos stigmatized in China 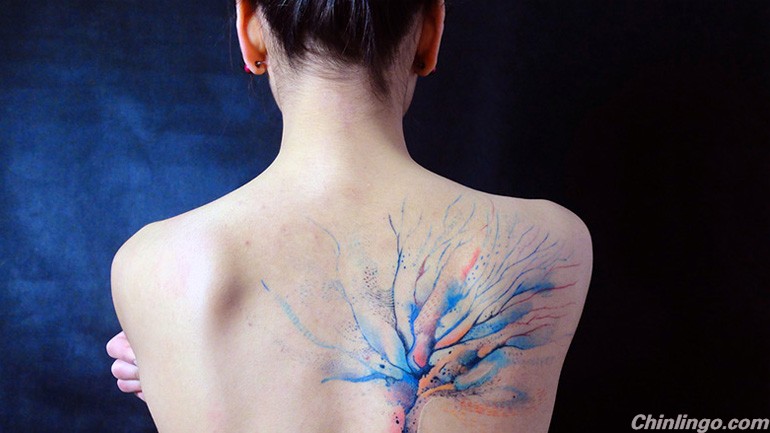 Tattoos have a long history in China. But for most of that history they were stigmatized, associated with prisoners, vagrants and the criminal underworld.Thanks in part to the influence of celebrities and sports stars, tattoos have become much more socially accepted in the past decade. It's a trend driven by a younger generation that isn't afraid of standing out but also by the sophisticated skills of China's tattoo artists.

Getting inked is one way for young people to forge their own identity and mark life experiences.

"I think a tattoo is a sign of myself, like your name. It's the most special part of your body, it makes you different. Shows your mind, your world," says Wang Zi, 28, a fashion designer. She has a tattoo of a hot air balloon on her shoulder blade, a design she drew herself to cherish a childhood dream of flying in one.

Just as Chinese characters are a popular choice in the West, in China some people like tattoos of English words and phrases. Popular words include "love,"and "forever." Others choose song lyrics or quotes from the Bible.

Asia has long had its own tattoo culture. China is starting to develop its own unique styles, drawing on both ancient and modern inspiration.

Qiao Zhengfei is a 20-year-old tattoo artist who opened up her own studio in her native Xiamen before moving her business to Beijing. She specializes in "blackwork," an intricate form based on a style of embroidery. The former art theory student likes the fact that tattoos are a living embodiment of her work.

In China, some parlors are cubicle affairs, a small square room with a curtain and heavily tattooed proprietors. Others boast large studios with art adorning the walls. The Chinese tattoo artists I spoke to shied away from calling their work an art form, viewing it as a trade.

Eight years ago, Zhao Liang graduated from teaching college after majoring in art and planned to find a teaching or civil service job. "But they both were not well paid jobs. Since I have to support my family I thought I should find a job that can earn a living." One day, he saw a poster advertizing tattoos for 50 yuan each and thought about giving it a go. "Then I started doing (it). I just thought life is going to be better and better."

0 responses on "No longer are tattoos stigmatized in China"