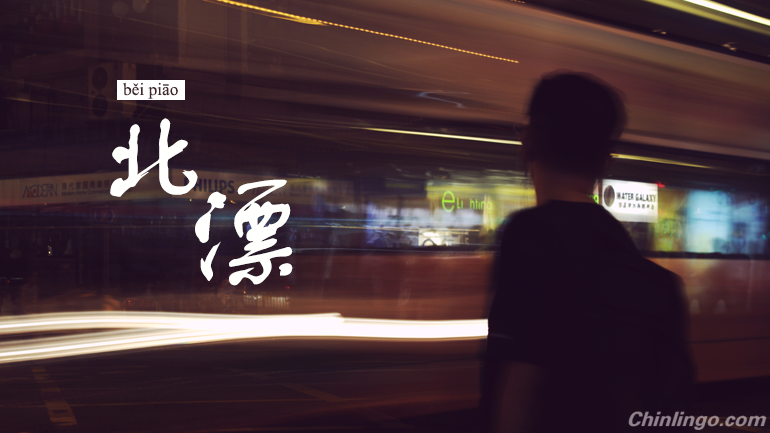 Although "北漂 (běi piāo)" is not a new word any more, it has been a popular topic discussed by the people. "北 (běi)" in this word refers to Beijing, while "漂 (piāo)" means moving around, like floating on the water surface, without a fixed destination. Among the bigger cities in China, especially Beijing, there is one kind of people whose living conditions are just like "floating" in this city without a fixed destination. These people are called "北漂 (běi piāo)" in Chinese.

But what kind of people are called "北漂 (běi piāo)"? Most of them are young people who come to Beijing to pursue their dreams. In their opinion, Beijing is abundant with opportunities for personal development and career advancement. However, the young people from outside are being offered few opportunities. Generally, they have to start with the lowest jobs which offer a low wage. In order to save money, many people choose to live in the suburbs around the city, sharing accommodation with friends or even a group of people. These "北漂 (běi piāo)" work at the fancy office buildings in the daytime and spend one or two hours squeezing into the subway or buses at night to reach "home". They just buy some street food when they get hungry. Although it is rather hard, many of them still believe their dreams are slowly coming true.

However, the cruel reality makes more and more "北漂 (běi piāo)" leave Beijing. The main reasons are the hefty rent prices and living costs. For Chinese people, a house means safety. It they can't afford their own houses after striving for 10 or 20 years, it makes no sense to live far away from their parents. In addition, the traffic jams in Beijing are horrible. It make "the drifters" exhausted to take at least two to three hours to commute to work everyday. The living cost is also high, followed by class gatherings and company activities bringing much pressure and costs for these people with lower income.

In fact, the term "北漂 (běi piāo)" also includes foreigners who live in Beijing, but they have different living conditions compared to the Chinese citizens.