How about reading Hugo Award winner ‘The Three-Body Problem’? 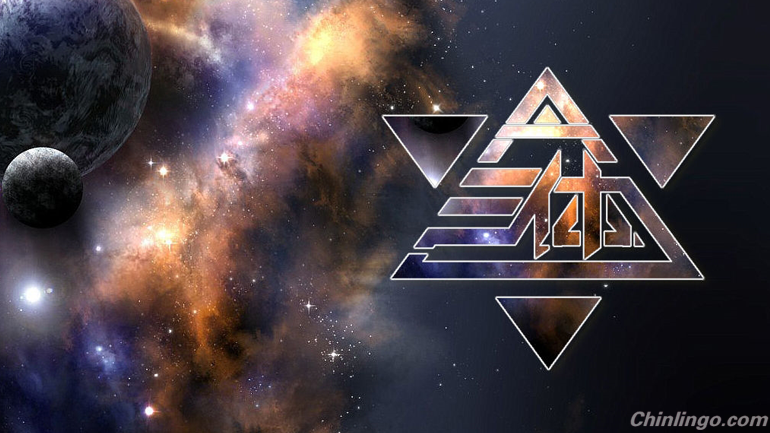 Thus, I'm very happy to announce that this year's winner of the prestigious Hugo Award for Best Novel was awarded to 刘慈欣 (Liú Cíxīn) for his novel 三体 (Sāntǐ), translated to "The Three-Body Problem" in English. This is the first time a Chinese author wins the award. It might actually be the first time an Asian author wins the award, but don't quote me on that. This a very important step for Chinese science fiction, so I thought I'd introduce the novel to you. I read it in Chinese a few years ago, but it won the award now since it was only released in English recently.

The book opens with the main character, a prominent Chinese nano-scientist, who suddenly starts seeing a timer everywhere, counting down to an unknown event. This timer appears in every photograph he takes. However, when someone else uses his camera to take a photo, the timer does not appear. When he takes photos with other people's cameras, it does appear.

It seems to be personally attached to him. Someone wants him to do something before the countdown reaches zero. But what? And who? And, since this novel isn't fantasy, how is it possible to make the timer personal to only him?

The story is more complex than that, though. It's interlaced with flashbacks to the Cultural Revolution (文化大革命) and a secret military observatory with a mission to contact potential alien civilisations via radio, while at the same time avoiding the turmoil of Chinese politics during that era. The author manages to integrate this seemingly unrelated and distant past narrative with the main story.

The name of the novel (and the trilogy, there are two sequels) comes from the three-body problem in classical physics, referring to the instability of a system with three bodies orbiting around each other and the inherent difficulty of calculating the movements of celestial bodies in such a system.

In the novel, this is the topic of a very advanced online computer game, where participants (mostly scientists) strive to help a civilisation in a three-body system to survive the erratic movements of their suns, as well as the social and political systems that might arise in such a civilisation. The main character joins the game, which turns out to me more than an ordinary computer game.

What I thought about the novel

The reason I liked this novel and the reason I think it won the Hugo award is that it manages to weave all these threads into one in a neat and rather satisfactory manner. With the unique setting (both alien and historical), it must be even more fascinating for readers who know little about China.

If your Chinese is up to par, go get the Chinese version! If not, read the English translation. You can also do any combination of these, including reading them in parallel.

0 responses on "How about reading Hugo Award winner 'The Three-Body Problem'?"