How to talk about radicals in Mandarin 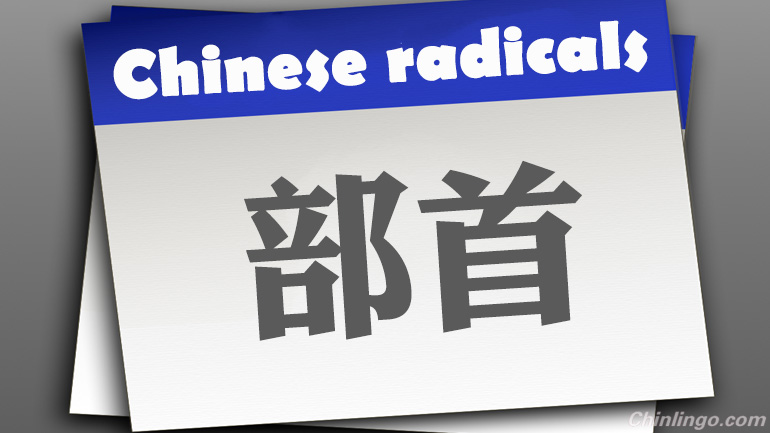 When learning to read and write Chinese characters, it is of course essential that you learn the different character components, along with how they are written and where they are placed. However, as you learn more and start using learning Chinese without relying too much on English, it becomes increasingly useful to be able to talk about character components and radicals in Chinese.

Talking about character components in Mandarin

If you're new to learning Chinese, you might think that the pronunciation of the character component should be enough to allow native speakers to know what you're talking about, but this is rarely the case.

For example, if you want to describe the character for "autumn", which is 秋, just saying "hé" (禾) and "huǒ" (火) probably won't work, unless the native speaker is well-attuned to what you're talking about. Even then, it might still not work. The reason is that Mandarin doesn't have that many syllables and there are so many other characters that are pronounced the same way.

Talking about radicals in Mandarin

Because of this, Mandarin words are usually not monosyllabic. This is true for the colloquial names of radicals as well, which is what we're going to look at now. Most of them actually consist of three characters following this pattern:

In other words, you say "it's the top part of this character" or "it's the radical on the left in that character".

However, you can't invent these yourself, people usually use the same characters. Let's look at a few examples following this pattern:

These are all placed to the left, which is the most common radical placement. There are other possibilities:

The 心 in 忘 = 心字底 (the character 心 at the bottom)

There are also some names that don't follow these patterns at all, such as:

Some colloquial names in the last category are named the way they are because they are discussed together with other similar characters, so the name makes more sense when looked at in pairs. For instance, apart from 三点水 "three drops of water" referring to 氵, there's also 两点水 "two drops of water, which refers to 冫(ice).

Similarly, to distinguish between 扌 and 手, which are written differently, the first is called 提手旁 because it's written wth a 提 (upward) stroke, which isn't the case for 手.

If you want more, you can find a complete list here: Kangxi radical

Knowing about these colloquial names can help you both ask questions about characters in Chinese and understand instructions from your teacher. If you don't know them, talking about characters will be very awkward and if you want to ask how a character is written, you will probably have to write it down.

0 responses on "How to talk about radicals in Mandarin"