Chinese phrases you need to know for emergency 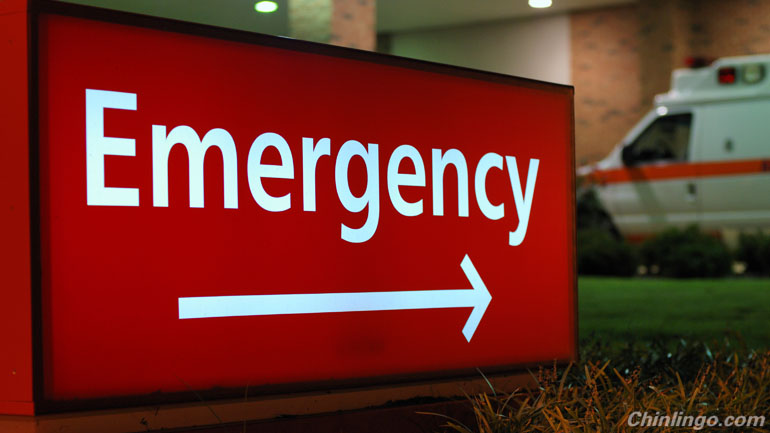 In light of the disaster in Tianjin, China, here are a handful of helpful words and phrases to use in emergencies.

There has been an explosion.

It should be noted that 爆炸 can be used as both a noun and a verb. For example, if you wanted to say that your fridge had exploded, you would say "我的冰箱爆炸了 (wǒde bīngxiāng bàozhà le)."

There was a secondary explosion at the scene.

This phrase is a literal combination of "second (二次)" and "explosion (爆炸)".

Something happened, save me!

Often used on its own to convey a call for help, 救命 can indicate both the need for assistance from the subject or a third party—it's literal translation is "save life".

Rescue workers sent out this morning have arrived at the scene.

救援 is usually used in conjunction with disasters where large scale rescue operations (救援行动 jiùyuán xíngdòng) are needed. It can also be used to convey "aid", for example "relief efforts" would be "灾后救援 (zāihòu jiùyuán)".

Don't worry, the ambulance will be here soon.

I was burned by the fire.

Similar to the Chinese for explosion, 烧伤 can also be used as both a noun and verb. For example, "burn center" would be "烧伤中心 (shāoshāngzhōngxīn)".

Our building may collapse tomorrow.

Usually used to described structures that have fallen under natural causes, 坍塌 is not commonly implemented when in conjunction with explosions.

It is important to remember that there are different phone numbers for different emergency services. Pick the right one before you call.

0 responses on "Chinese phrases you need to know for emergency"