How do Chinese netizens think of UK’s education system? 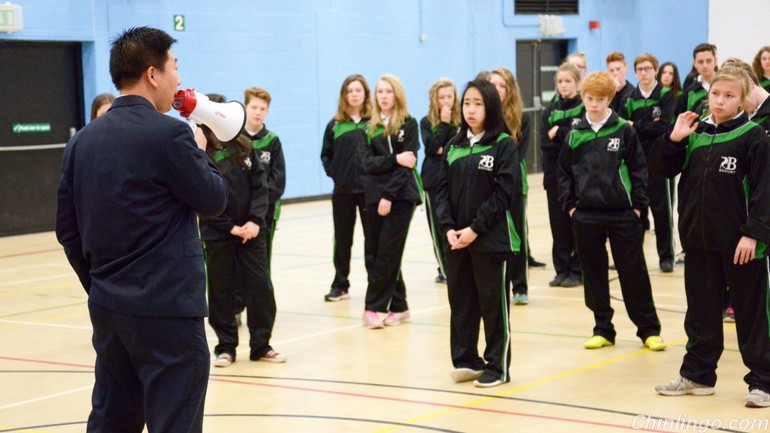 A BBC documentary broadcast in the UK this week followed the experiences of English pupils as their classes were taken over by Chinese teachers – and has caused a major debate in social media back in China.

The film, called "Our Kids Tough Enough? Chinese School," toyed with the national stereotypes of both nations. Could the relatively mollycoddled British students handle the rigour and discipline demanded by the strict Chinese teachers? For four weeks, they began their days earlier at 07:00, cleaned their own classrooms and had lessons focused around note taking and repetition.

News of the documentary was picked up by Chinese social media users, and a hashtag which translates as #ChineseTeachersInBritishEducation started trending on Sina Weibo, China's answer to Twitter. Posts using the phrase have been viewed more than four million times on the network, as the questions raised sparked a lively debate about China's own education system.

Many joining the discussion were fascinated to find out how the British system worked, and used it to criticise their own approach to education.

"Foreign education teaches children to live happily and teaches independent thought… it fosters creativity," read one comment. That focus on creativity appeared again and again in the discussion. "China's education is just cramming… it is solely performance-based," the comment continued. "For years nothing has changed. Students [in China] are taught like robots," wrote another.

The same criticism was levelled at the country's higher education system. "China's university education system is really weak, most teachers only pay attention to their script," one comment read.

But others saw the value in the Chinese approach, and thought the environment in British classrooms was unruly. "How would you feel if you were a teacher, faced with a crowd of students who don't follow lectures, put their feet on the table, and sit eating or applying makeup?" said one Weibo user.

0 responses on "How do Chinese netizens think of UK's education system?"