Why is it important to learn characters before getting a tattoo in Chinese?

Chinese characters are beautiful. That's perhaps why many Westerners find the notion of the script etched on their bodies so appealing. They're popular for a number of reasons: they look prettier than Roman letters, they can encompass many different meanings, and they look exotic to non-Chinese.

You've probably seen Westerners having Chinese characters tattoos (纹身) thinking they're all cool, yet sometimes their choice of Chinese characters seem very weird to people who can actually read Chinese. It happens because these tattoos are frequently performed by artists who have very little – if any – knowledge of the Chinese language.

In this article I'll try to show you why it is important to have at least basic knowledge of writing Chinese before getting a Chinese character tattoo.

After surfing internet for a while I found out that grammatically correct Chinese tattoos are almost non-existent. A quick online search will reveal thousands of mangled Chinese tattoos exposed for what they are: absolute gibberish.

There are lots of stories of tattoo disasters, and even some celebrities have fallen victim to the trap: 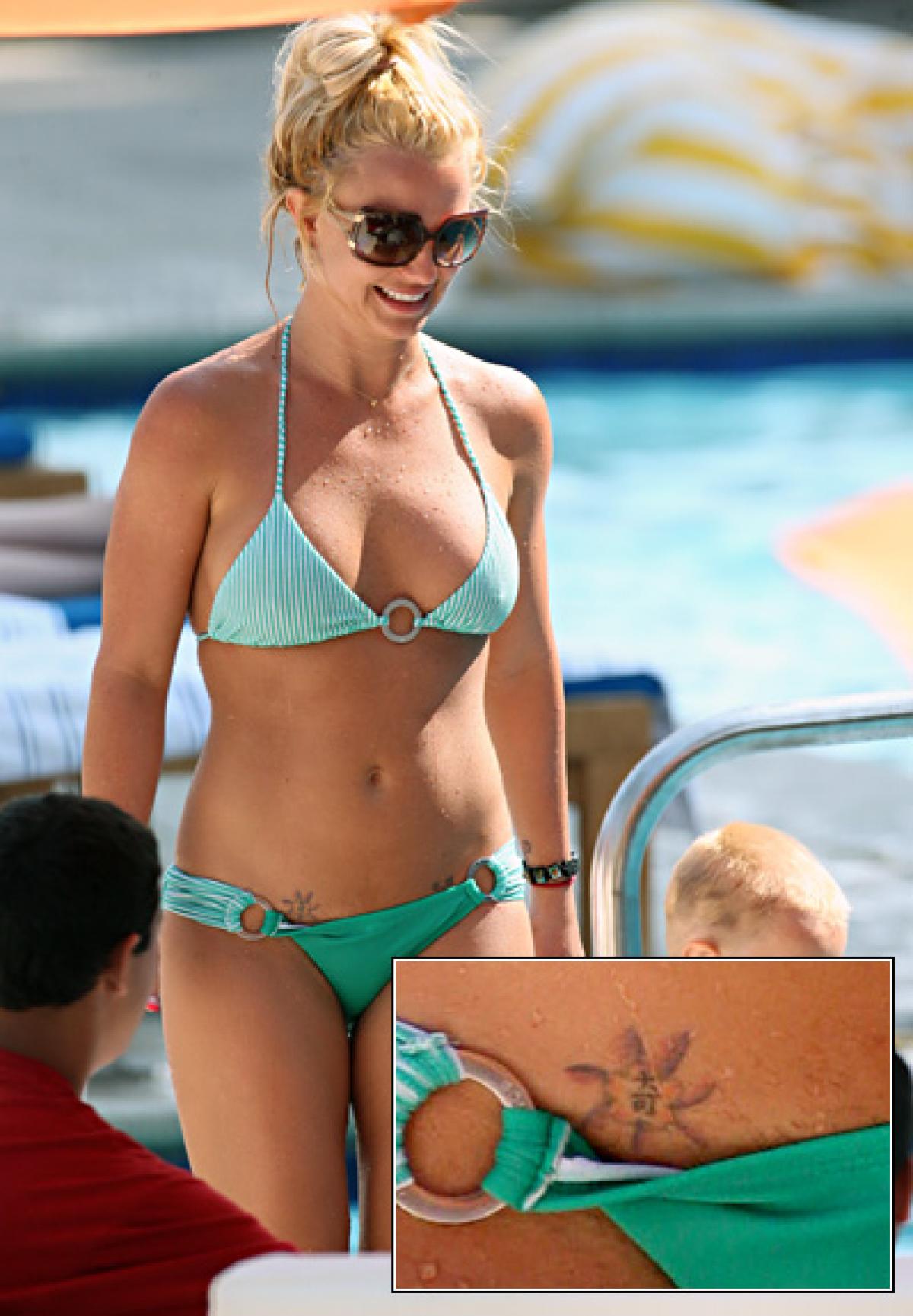 Britney Spears has the character 奇 (qí) stamped on her hip. She was under the assumption that the direct translation was "mysterious", but actually, it was 'weird' or 'odd'. 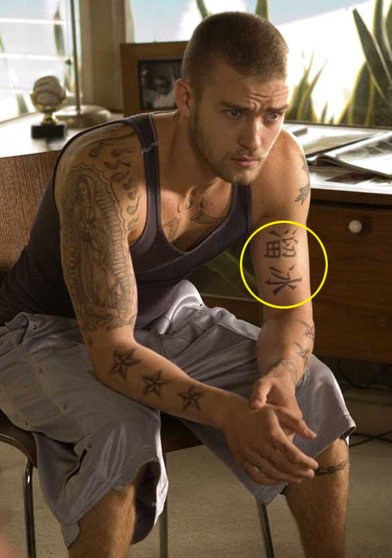 Justin Timberlake got tatted up with fake ink for his movie Alpha Dog in 2006. He was supposed to play a hardcore drug dealer — so why did they put the Chinese character for "ice skating" on his left bicep? （溜冰 liūbīng）

Everyone is prone to make language errors. But with amazing online dictionaries, translators, and other resources (not to mention the help of Chinese friends and teachers!) there is really no excuse anymore for a botched tattoo. My advice to you: if you're considering getting a permanent Chinese tattoo, make sure you do your research.

Some more examples to give you an idea of how stupid it looks to have a grammatically wrong Chinese character tattoo: 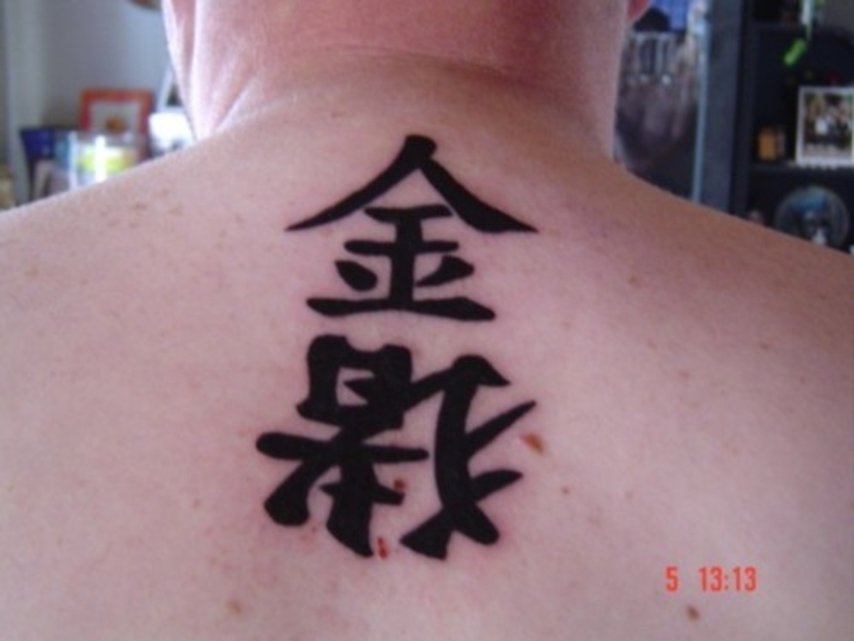 Looks brutal, but what these characters actually mean is "golden pig" (金猪 jīnzhū) the character for "pig" is upside down. 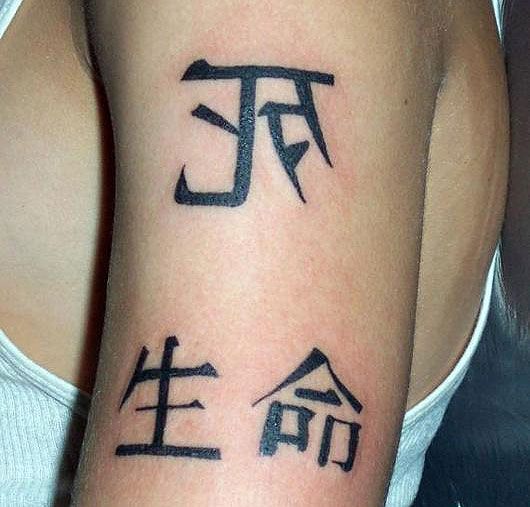 And my absolutely favorite: menu items tattooed on the body: 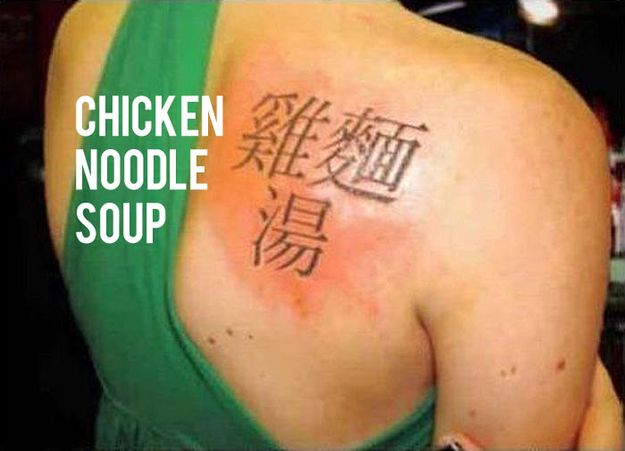 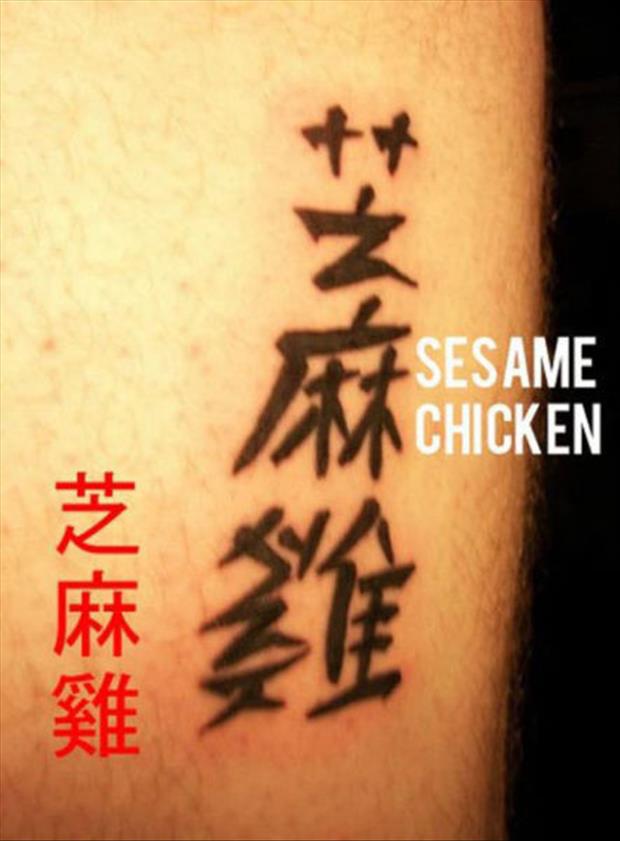 Might be convenient to order a food in a Chinese restaurant though.

So, my dear Chinese learners, if you are brave enough to get some Chinese characters tattoos, please make sure to double check what you are actually about to have on your body for a lifetime!

0 responses on "Why is it important to learn characters before getting a tattoo in Chinese?"