Why has China’s golden age of women’s soccer faded? 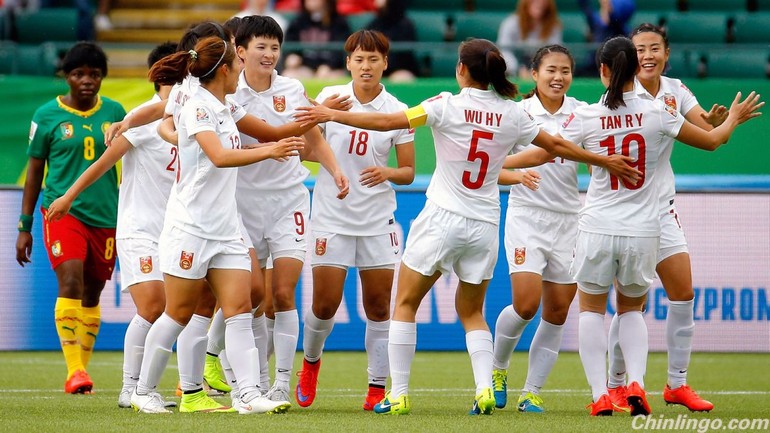 China opens the 2015 World Cup on June 6 against host Canada, China no longer has the best women's team in Asia, much less the world.

China hosted the inaugural Women's World Cup in 1991 and put on the Cup again in 2007. It finished second to the United States at the 1996 Atlanta Olympics and in the 1999 World Cup. And its star forward at the time, Sun Wen, joined with the American Michelle Akers in being named the greatest female soccer players of the 20th century.

But that golden era of women's soccer in the world's most populous nation has faded. China did not even qualify for the 2011 Women's World Cup or the 2012 London Olympics.

The reasons officials and coaches cite for the decline are varied. For starters, other Asian countries have caught up in terms of resources put into women's soccer. Japan is the reigning World Cup champion. Australia, which plays in the Asian region, is ranked ahead of China, and so is North Korea, though it was barred from this year's Cup because of a doping scandal.

China has startlingly few female soccer players, given its population of 1.4 billion, which in part reflects a historic emphasis on elite sports for medals instead of grass-roots sports for everyone. The country has only 6,000 to 7,000 registered female players above age 12, according to the Chinese soccer federation and the Asian Football Confederation. The true number of players could be four or five times that, officials said, but even if it were 100 times, it would be dwarfed by the 1.7 million registered female players in the United States.

Many parents are reluctant to put their children into sports in a nation with an intensely competitive education system and a one-child policy, even though that policy has been relaxed, Sun, the former star, said.

"That's a big concern for parents," Sun said in a telephone interview from Shanghai, where she leads the technical and youth departments of the city's soccer association. "If you have four or five children, maybe you say, ‘O.K., I support one to be a great athlete.' But with only one child, that is a problem."

Many schools, too, have been reluctant to promote sports, in part because of fear of injury, said Fan Yunjie, another former star player. "With the one-child policy, children get overprotected," Fan said in a telephone interview from Zhengzhou, China, where she directs grass-roots and youth soccer development for Henan Province. "Parents and schools are afraid their children will get hurt. They both don't want to take the responsibility for that. They don't want to get into any trouble."

The slide in women's soccer in China, and the mediocrity of China's men's national team, are considered a national embarrassment, both athletically and politically, in a country with the world's second largest economy.

Such sporting disappointment has drawn the concern of China's top government officials, including its president, Xi Jinping, an ardent soccer fan who has said that he wants China's men's team to qualify for the World Cup again, for China to host the tournament and, eventually, to win it. So far, the men's team, ranked 82nd in the world, has participated in only one World Cup, in 2002. It did not score a goal in its three games.

A series of reforms, begun in 2009 and accelerated late last year, is intended to gradually lift men's and women's soccer by making the sport a mandatory part of physical education for Chinese students .

While the United States, Germany and Sweden have maintained their primacy in women's soccer over the past 25 years, cultural advantages enjoyed by early powers like China and Norway have subsided as the sport has grown in popularity around the globe. The 2015 World Cup has expanded from 16 to 24 teams.

"China, like the U.S. and others, was early on the scene in terms of dedicating resources and emphasis," said Sunil Gulati, the president of the United States Soccer Federation and a member of the executive committee of FIFA, soccer's world governing body. "The landscape has changed dramatically for a lot of countries."

In China, some young female players now even decline when asked to join the national team, Sun said.  She added: "The environment has totally changed. When we were players, it was very honorable. You were very proud of this."

Today's players "know that football is not forever," Sun said. "They cannot totally focus on this. But to be on the top level, you have to concentrate without any interruption."

Government financing has also decreased in favor of Western-style development and corporate sponsorships, which has hurt the women's game, given its lack of widespread popularity, Sun said.

0 responses on "Why has China's golden age of women's soccer faded?"