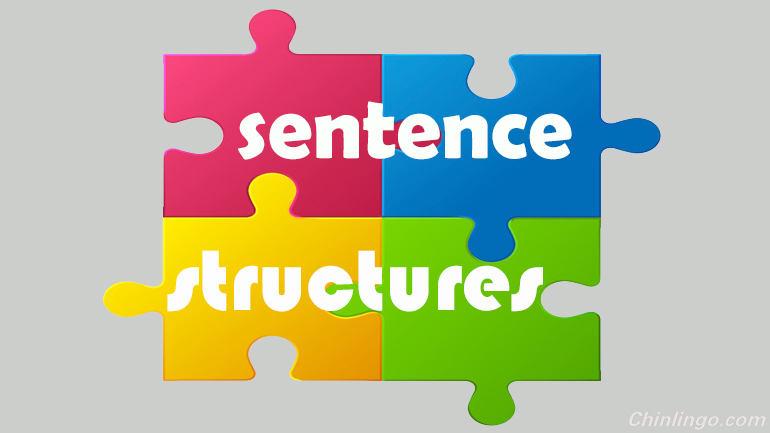 Although Chinese is not the only language where the sentence words order is important, it is extremely important to take care of the right Chinese sentence order. A slight difference in the words order may result in a completely different sentence and meaning. For example:

Some person/people have come

The person (we expecting to) has come.

The meanings are different in the two sentences. Also, the Chinese sentence words order is very different from English, like this example:

English: who are you?

So a word-by-word translation from English to Chinese would result in meaningless sentences in Chinese. There is no way to make sense of the Chinese words order from English. The aim of this article is to explain clearly and intuitively the rules of the Chinese sentence structure and point out some important exceptions. Let’s take a look.

The basic sentence pattern in Chinese is similar to English and it follows this:

Here is an example of what this would look like:

He is reading a Chinese book.

He bought me a dog.

He smiled to me.

He sent me a book.

Differences from Chinese and English

The Location of Prepositions

Now we will look into differences in the Chinese grammar compared to English. Prepositions (介词) are words that come before nouns and pronouns to expressing time, place, direction, objective, reason, means, dependence, passivity, comparison, etc. Common prepositions in Chinese are:

Preposition always occur right before the verb and its objects:

Here are a couple of examples on Chinese preposition:

Add milk to the flour.

Adverbs (describes the verb) in Chinese typically occur at the beginning of the predicate before an adjective, verb and preposition. Here are examples of adverbs:

Here is a few ways of how it would be used in Chinese:

They all can speak Japanese.

The location word almost always occurs before the verb in Chinese. There are exceptions we will discuss them in a next lesson. Here is the structure frame and an example of how it is used.

I work in Beijing.

The Placement of ‘time when’

Unlike English, a word that indicates the ‘time when’ a situation in Chinese is placed at the beginning of the predicate.

For a few examples:

I had a dinner yesterday.

When a sentence includes both a ‘time when’ and a location, ‘time when’ generally occurs before location. Both of them will come before the verb in the sentence frame like the examples given.

I swim in swimming pool every day.

Duration of time word indicates the length of time that an action occurs. Time duration directly follow the verb. Unlike English no preposition is associated with it. See the following structure and examples

I run every day.

In summary, The Chinese sentence structure is as follows:

Subject + time preposition + Time + location preposition + Location (from the biggest to the smallest) + how (can be adverb or a phrase containing a preposition.) + Verb + time duration + indirect object + Object

As we know the basic Chinese sentence order is: Subject + Time (when) + Place + verb. There are some special verbs, which seem to be allowed to break the rules. These verbs are put before the place and not after it as usual. For these verbs we have the structure:

Which verbs are breaking the rules? There are two kinds of these verbs:

Verbs that express variability from one situation to another in this place:

The food is put on the stove

0 responses on "Basic word orders and exceptions in Chinese"