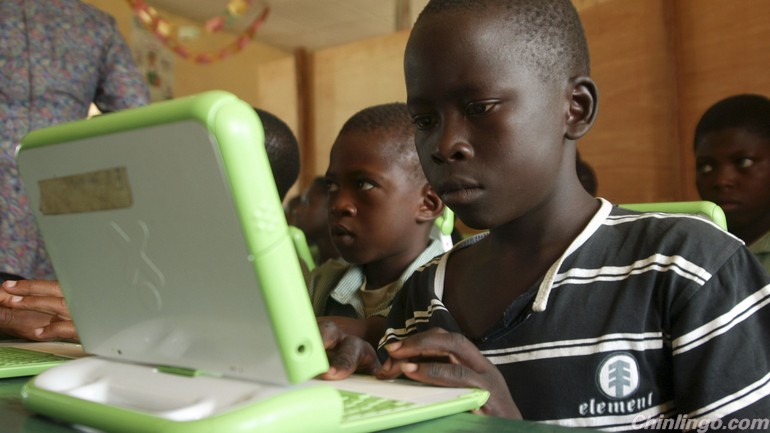 The study of the Chinese language has become increasingly popular among young students in Lagos, Nigeria. As the West African nation continues to foster economic relations with China, students say learning the language makes them more competitive in the job markets in the East and at home.

The demand for learning Chinese has increased all over the world as the country is seen as a major player in economics, healthcare and politics. Many students in the West caught on to this trend about a decade ago. In 2008, Asia Society, a New York-based Asia-focused educational organization, reported that enrollment in Chinese programs among K-12 level students grew 200 percent over a four-year period from 2004-2008.

In Nigeria, and other African nations, learning Chinese as a way to be more competitive in the job market is still relatively new. Upon graduating in 2014 with a degree in microbiology from Lagos State University, Jolade Oshodi, after being exposed to Chinese pop culture, decided to pursue a graduate degree at the University of Lagos’ Confucius Institute.

“I graduated from LASU in 2014 and thought of what next to do, but nothing came to my mind until I started watching Chinese movies, and that was when something said to me that I should give it a try,” Oshodi said.

Though Chinese is often regarded as one of the most difficult languages to learn, Oshodi says her hard work is already reaping benefits. Odoshi has been busy at her job where she serves as a translator between various Chinese-owned companies in Lagos and Nigerian officials and business people. Later in the year she will embark on a one-year scholarship study program at the Beijing Institute of Technology.

Earlier Zimbabwe proposed mandatory Chinese lessons in the curriculum at state-run schools. The Herald reported that, if adopted, Chinese was the latest addition to a list of mandatory subjects, including French, Portuguese and Swahili.