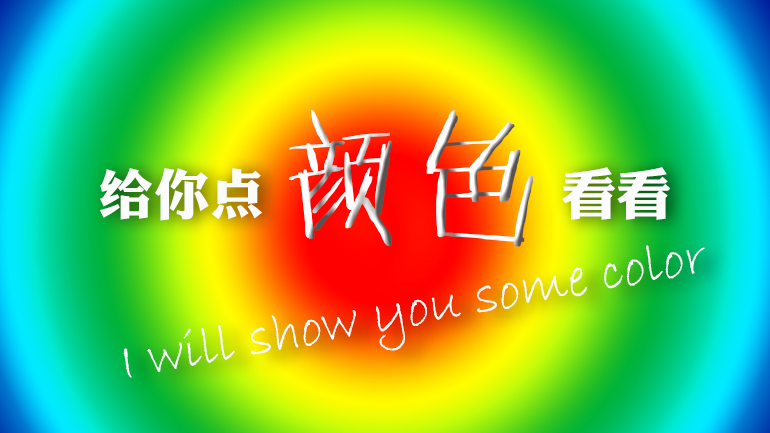 There are more than 80,000 Chinese characters in existence, although a non-native speaker can get by with 1,000 of the most frequently used.

To make matters more complicated, the characters that make up each word or phrase individually carry different meanings based on the context in which they're used. For example, the Chinese character 吃 could mean "eat," "drink," "bear," or "take," depending on the phrase that surrounds it.

Chinese can also be incredibly poetic when translated character by character into English, and sometimes hilarious.

This all-purpose Chinese cheer, jiayou!, which literally means "add oil" or "add fuel," translates as a phrase to "Let's go!" or "Come on!"

The phrase could also be used to cheer up a sad friend. The literal meaning of "add oil" is a metaphor, as in, to add fuel to the fire and get the engines going.

The story goes that there was once a lazy artist who only painted horses but was commissioned to paint a tiger. Trying to stick to what he knew, he illustrated a half-horse, half-tiger monstrosity. Since the painting was neither of a horse nor a tiger, it didn't sell.

The meaning of the phrase is that something is "horse horse tiger tiger" if it is neither one thing nor the other ("so-so").

When Coca-Cola was about to enter the Chinese market in the 1920s, the company chose characters that perfectly mimicked the English pronunciation of the product. Unfortunately, it translated to "bite the wax tadpole" or "wax-flattened mare."

They changed it to Kěkǒukělě, meaning "pleasurable to the mouth." It's marketing genius, according to Liao. The new name is very close in sound to the brand name "Coca-Cola," yet is also manages to convey the brand's sense of taste and fun to a Chinese audience.

Geographical names often take on a historical significance, such as this moniker for America the Beautiful. "There's this image of the United States as a beautiful, powerful, clever nation and I think that's the dominant sentiment," said David Lampton, director of China Studies at the Johns Hopkins School of Advanced International Studies.

The U.S. isn't the only country with a name that attempts to reflect its culture: England (英国) is "Brave Country," Afghanistan (阿富汗) is "Abundant Sweat," and Germany (德国) is "Moral Country."

An appropriate name for a drink that burns as it goes down your throat, "dragon tongue-shaped orchid" also describes the pointed leaves of the blue agave plant that is used as a main ingredient in tequila.

"I'm sorry" could literally be translated as "do not rise," or "face not up." 對 by itself means "to face," while the last two characters 不起 by themselves mean "not up" or "not rise."

It's used metaphorically, says Liao, in that if you were to do someone wrong, you may not be able to face the person out of shame.

There are many other possible translations of this phrase, depending on the context, but "I'm sorry" is one of the most common ways to use it.

Calling someone "250" means they are stupid, as in someone who does something rashly without clearly thinking through it, says Liao, and the phrase can be used as a noun or an adjective.

Some people think the origin of the phrase relates to an ancient Chinese unit of currency called a diao (弔). The Chinese scholars, being modest and humble, would call themselves 二百五, which is a quarter of a diao.

"Being cheated on" or "being a cuckhold" (戴绿帽子) becomes "wear a green hat."

The story goes that there was a man who worked long hours and left his wife at home. Bored, she started cheating on him. One morning the clueless husband put on his hat and left for work as usual, to find his neighbors pointing and laughing at him. It turned out the man had grabbed his wife's lover's hat — a green one — instead of his own.

"Culturally, food is a very important part of Chinese people's lives, so 'eat' the verb plays an important role in vocabulary," says Wenteng Shao, Language Lecturer of East Asian Studies at NYU, and the verb has different functions. For example, "suffer" (吃苦) becomes "eating bitterness." This makes sense in the phrase meaning of the words, but what about "eating tofu"?

Tofu is known for having properties that promote beauty, and is often associated with women.

The first character, 电, is one of a handful of pictographic Chinese characters, which are drawn to look like their meaning. Its strokes can be interpreted as rain clouds about to shower and a bolt of lightning — but it's come to mean "electric" or "electricity" in modern usage.

Another pictographic character, 大, resembles the front profile of a man and means "great" or "large." Combined with the second character — which invokes the image of a pig under a roof and translates to "family" or "home" — the phrase becomes "everyone."

A threat or warning (给你点颜色看看) becomes "I will show you some color."

The act of "showing color" to someone, when warning or threatening them, is metaphorical in one of two ways, Lao explains.

The first could be as in "I'm going to show you my true color," showing the person what you're made of; the "color" metaphor could also be taken one step further to imply black and blue, like a bruise, or red, like blood, if threatening physical violence.

Other sources suggest that the color relates directly to the person who is angry, who could be "seeing red" or feeling hot-tempered.