10 basic Chinese characters you should know 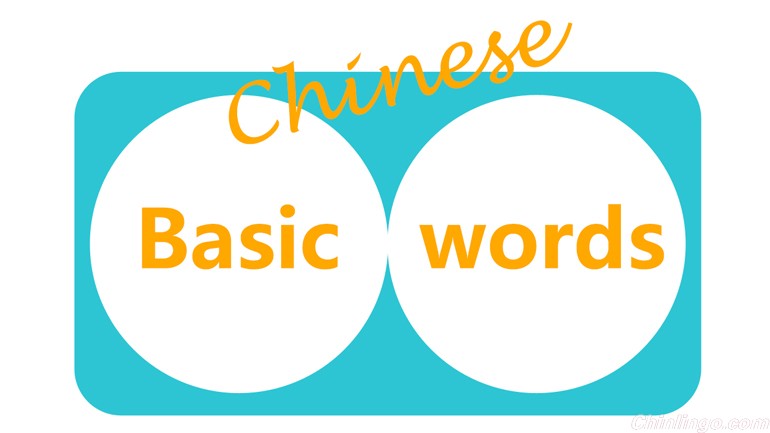 Here are ten basic Chinese grammar points that everyone interested in the language should know. If you’ve recently started learning Chinese, it’s a good idea to make sure you’re familiar with these points.

The grammar points listed here might make a nice refresher if you’ve already got a few Chinese lessons under your belt. Once you’ve been studying for a while, they’ll probably seem very obvious!

Talk about locations with 在 (zài)

To talk about things being in places, use the word 在 (zài). This is actually a verb, so you don’t need to use any other words to talk about something being somewhere.

Have a look at some example:

Shanghai is in China.

The cat is on the sofa.

Notice how English uses the verb “to be” where Chinese uses 在. English also uses prepositions – “to be in” – whereas Chinese often just uses 在.

Use measure words with nouns

Measure words are used whenever you talk about quantities in Chinese. You can’t attach numbers directly to nouns – you have to put a measure word in between.

Luckily, there is also a general purpose measure word: 个 (ge). This can be used for pretty much everything, but it’s better to use more specific measure words when you can.

Talk about having things with 有 (yǒu)

You can talk about having things with the word 有 (yǒu) – “to have”. Remember that you don’t need to conjugate (change) verbs in Chinese, so 有 is always 有 no matter whom you’re talking about.

The structure is simply:

Let’s have a look at some example sentences. Notice that the nouns in the sentences have measure words before them: 个 (ge), 本 (běn) and 把 (bǎ).

I have a younger sister.

I have a book.

Hopefully you won’t ever have to use the last example sentence there.

The closest equivalent of the English word “to be” in Chinese is 是 (shì). This is used to link nouns to other nouns. The structure is:

Let’s have a look at some examples:

I am a student.

He is a teacher.

She is a doctor.

This is a book.

Notice how 是 is used to talk about one noun being another. You can’t use 是 to link adjectives to nouns, though, as in “this book is heavy”. To do that, you have to use 很 (hěn).

The basic structure for 很 (hěn) is the same as for 是, but 很 is used with adjectives. Have a look at some example sentences:

This book is heavy.

Sometimes 很 is translated as “very”, but opinions vary on how accurate this is. We think it’s simply used to link adjectives to nouns, whilst others think it also intensifies the adjectives.

You can talk about directly wanting something with the word 要 (yào). This word is also used to talk about the future, as in “I’m going to do” something.

要 is quite versatile and can be used with nouns or verbs:

Have a look at some examples:

I want a sandwich.

She's going to go to Beijing.

Be careful when using 要 to mean “to want”, as it could be quite abrupt, just as in English.

To talk about “not having” something, you negate the word 有 (yǒu) with 没 (méi). Remember this important point: if you negate 有, always use 没. The two words go together.

They don't have money.

He doesn't have a degree.

That’s how you negate 有. But there’s a different word for everything else!

Negate everything else with 不 (bù)

Every other verb apart from 有 is negated with 不 (bù). 不 is pretty much equivalent to “not” or “don’t” in English. It goes before a verb and negates it.

I'm not going to New York.

I don't miss them.

Remember to negate 有 with 没, and everything else with 不.

The most common character in Chinese is 的 (de). That’s because 的 is used all the time to mark possession. That means that it’s used to talk about things belonging to other things, or to attach qualities to things.

的 is extremely versatile in Chinese. Pretty much any relationship where one thing belongs to another, or is the property of another, can be described with 的.

的 is kind of equivalent to ’s (apostrophe s) in English. It goes between two things to indicate possession. But it’s used very widely to attach any kind of quality or possession.

That is Xiao Li's book.

This is my phone number.

This is their house.

These trousers are black.

She is a very important person.

You might want to have a look at a more challenging example sentence for 的. Don’t worry if this is beyond your ability at the moment, though:

The things I have learnt today are very interesting.

The main point to remember is that 的 can attach pretty much anything to anything else. You’ll get more used to it the more you read and listen to Chinese.

The most common way to express “and” in Chinese is probably 和 (hé). Remember, though, that 和 can only be used to link nouns. You can’t link verbs together with 和.

和 is used to link nouns in the same way “and” is used in English. Some examples:

My brother and I are going to Beijing.

You and I are the same.

Link nouns with 和 but not verbs. Linking verbs in Chinese is a bit more complicated so we won’t look at it here.

Are you going to go to Shanghai?

0 responses on "10 basic Chinese characters you should know"