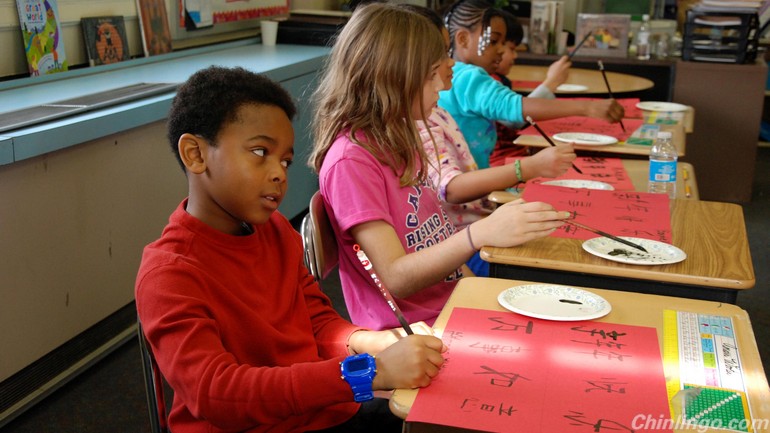 Fast development of cooperation between China and Brazil has ushered in new opportunities for members of a young generation in the South American country to develop their careers in China, and has encouraged them to learn Chinese.

"I want to work in Shanghai," said 25-year-old Enrique.

"I fell in love with that city at the first sight. It's so modern, and even more beautiful than Sao Paulo. The dream of working there has driven me to learn Chinese," he said.

Enrique was firstly impressed by the charm of Chinese culture and the language at the age of 17. In the following trip to Shanghai, he was "deeply amazed" by the modernization of the city.

"I made up my mind to learn Chinese well then. I believe I will have more opportunities in Shanghai than in Brazil," he said.

China is Brazil's biggest trade partner, with the trade volume between the two countries reaching 77.96 billion U.S. dollars in 2014, according to China's Ministry of Commerce.

To the young generation in Brazil, China means new opportunities, and the Chinese language serves as a bridge.

Enrique has been learning Chinese systematically in the institute for three and a half years, during which he took Chinese lessons while working hard as a sales representative to fund his way through university.

To Enrique, the most annoying thing is that it's hard to find a partner to practice oral Chinese. In addition to learning pronunciation on online video websites, most of the time, he practiced by talking to himself.

In May, 2015, Enrique got the finished first place in the "Chinese Bridge" Chinese Proficiency Competition in Brazil and won a chance to compete in the final round in Beijing.

If he does well in the final, he will have a chance to study in Nankai University.

"I will try my best," he said, "In the future I want to work for famous IT giants in China like Baidu or Alibaba."

Enrique's love for the Chinese culture and the goal to work in China are not rare in Brazil.

Rafael, 27, has already fulfilled his Chinese dream, by winning a chance to study in Nankai University through the "Chinese Bridge" program and then working in Baidu as an intern.

After he finished studies in Nankai University, Rafael was recruited by Baidu's branch in Brazil because of his excellent Chinese. He has grown up into a manager with a decent salary.

"Chinese Bridge has changed my life and learning Chinese has brought me more opportunities," Rafael said.