Why is the surge in divorce seen in the post-80s in China? – part 1 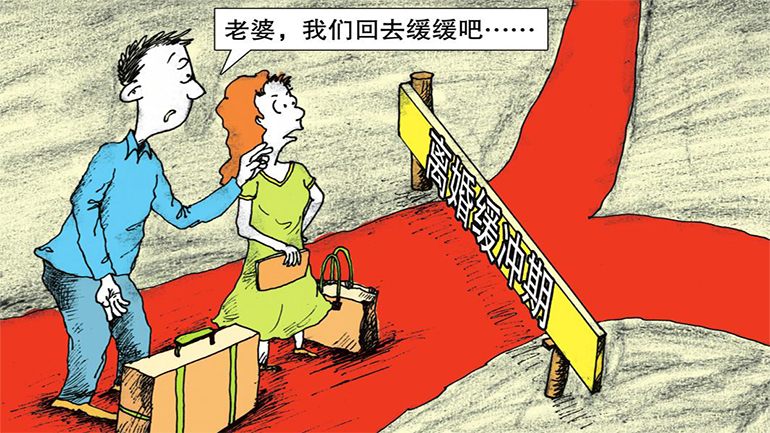 On June 25, when the former Olympic champion hurdler Liu Xiang, one of China's best-known athletes, announced a divorce after a nine-month marriage to actress Ge Tian, it again caused heated debate on the upsurge in divorce among the post-80s in China.

The post-1980s generation refers to the single child born between 1980 to 1989 in Mainland China, after the implementation of the One-child policy. They are one of the symbols of China’s economic reform and opening up to the world. They have a highly receptive attitude towards new things, including sex. Due to various reasons, this post 80s generation is fueling the country's rising divorce rate. The rising divorce rate in the post-80s is not only reflected in statistical data, but in the prevailing impact on the people too. According to a survey conducted by China Youth Daily, 44.7% of the subjects explain that those planning a divorce are the post-80s kids. Some even say that this generation is a generation of divorce fanatics, others say: “for the post-80s, if they are not already divorced, then they are probably on their way there… We are increasingly surrounded by post-80s divorcees, or by those who have expressed their wish to get a divorce”.

Among the divorced post-80s generation, the phenomenon of “flash divorce” is extremely prominent. More than 50% of the divorced couples announced a divorce 5 years after marriage. Liu Xiang’s marriage only lasted 289 days, and the divorce was described as one done in a “flying man’s speed”. However, a faster flash divorce is not uncommon at all. A couple from Zhejiang, got married at 10:50 on Dec. 4, 2008, but divorced 3 hours later. According to Professor Wu Changzhen from China University of Political Science and Law, 25 minutes is so far the most short-lived marriage Wu has ever known.

Why are the post-80s people immature in their marriage decisions and easy to get divorced? There are four main reasons.

They divorce in the peak of their lives

The post-80s generation, now aged between 26 to 35, have become the backbone force of the Chinese society and are undergoing challenges in their marriage. On the contrary, the post-90s generation are mostly single, while the post-60s and post-70s have undergone a tide of divorces now hoping all the more that the family keep stable.

Freedom to get divorced is seen as progress in civilization, the post-80s population feel they don't need to be as tolerant in their marriage as their parents were.

It’s undeniable that marriage can improve one’s happiness. But when the marriage really fails to keep going, reluctance will result in greater harm to both parties. According to Mr. Fei Xiaotong, the famous sociologist, the divorce rate in the past was relatively low, but the biggest reason is the idea of family being so important in traditional China. People got married not for their own happiness, but for the benefits of the whole family. Men got married to make their wives raise children and take care of their parents. Meanwhile, most women were uneducated, and they had to depend on their husbands economically. In other words, it wasn’t that the women didn’t want to divorce, but they had to tolerate the imperfection in their marriage to live on. The post-80s generation resents the restrictions that marriage places upon them in terms of their “right to love”, and will sacrifice everything for “love” – if a marriage is no longer satisfying and “love” comes along, marriage will then have to make way for love.