Kevin Rudd: “sorry” to those who say “China collapse” 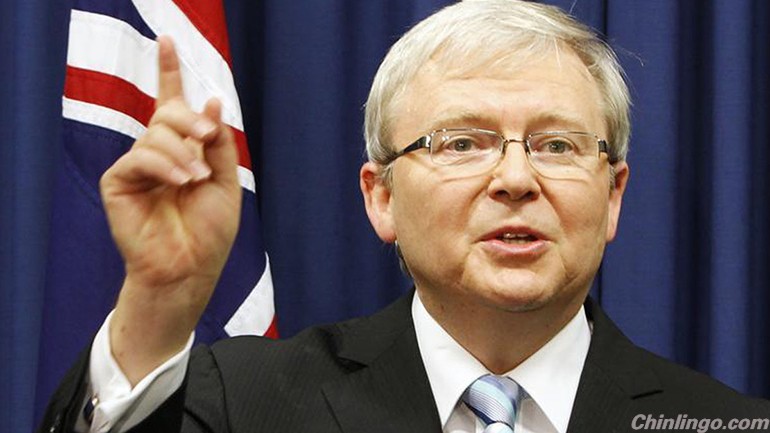 "Sorry, but on balance, the Chinese economic model is probably sustainable," Rudd said in the report.

On a Wednesday event here to mark the launch of the report "U.S.-China 21: The Future of U.S.-China Relations under Xi Jinping", the former prime minister argued that despite the challenges China's economy face, the vast energy of China's policy response would help the country overcome the difficulties.

He noted that over the years China has developed a sophisticated policy blueprint to transform from the investment and manufacturing driven growth to the new development model relying on household consumption, the service sector and a strongly innovative private sector.

The transformation has secured a high level of political backing, and "so far been reasonable" in the process.

Rudd also believed that China's "seasoned" leadership was as capable as before in addressing the problems with rapid and flexible responses when necessary.

In conclusion, Rudd said:" It would be imprudent in the extreme for the United States' China policy to be based on an implicit (and sometimes explicit) policy assumption that China will either economically stagnate or politically implode", and "this would be amount to a triumph of hope over cold, hard analysis."

0 responses on "Kevin Rudd: "sorry" to those who say "China collapse""