What should Chinese laws learn from case of Chinese students torturing peers in the U.S.? 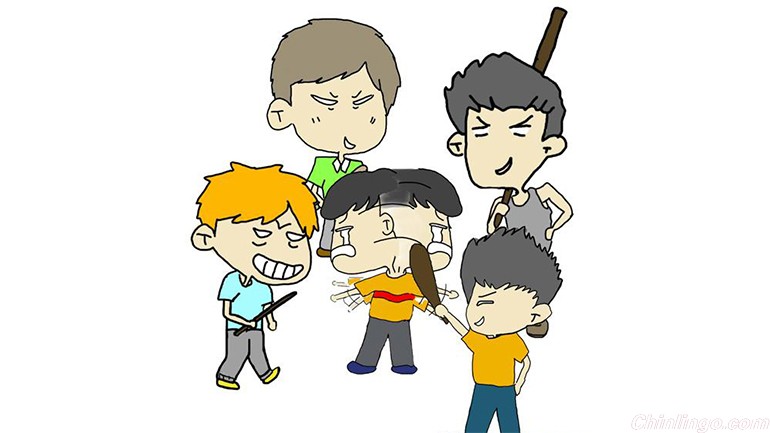 Six Chinese students, including the main suspects Zhai Yunyao and her boyfriend Zhang Xinlei, went on trial in Los Angeles in June for abducting and torturing Liu Yiran, another Chinese female student. They accused her of cheating on a friend of Zhai's. Four accomplices are still at large, three of whom are minors. They have either escaped outside California or to China.

Liu said on the court trial that during the time she was kidnapped, the suspects punched her and stripped her of all clothes. One of them burned her nipples with a cigarette butt.

The court has set a record-high bail of $3 million for each of the accused. This case comes close on the heels of a scandal in which one of the defendant's parents is under arrest after being accused of bribing a witness.

The case has caused public concerns in China, with netizens wondering about the roots of such a brutal attack. Some blamed the girls' parents for the crime, accusing them of failing to provide proper guidance.

"These students have received higher education overseas, and are supposed to understand the law and respect others. But this case has just reflected that that they are only selfish young people lacking compassion," a Chinese netizen wrote.

However, Zhai has never thought such behavior, which is not considered outrageous at all in China, would send her to jail for life in the United States! Zhai used to think that, if she tortured peers in China, she would be blamed and mostly get away with it unscathed. On the contrary, the case is serious for the brutality exhibited and the number of involved suspects. It is among more vicious criminal cases in the U.S. recently. Ironically, the case which sent shock waves through China and the U.S. was caused by jealousy.

Actually, due to the lack of supervision, Chinese students often make the headlines overseas. The case did stir public concerns in China. In recent years, with the rising number of Chinese younger students that plan to study in the U.S., Chinese parents should consider how to supervise and educate their children who study abroad, as the children will start living alone once they start their studies.

Except parents, Chinese legal system too should learn a lesson from this case. Up until May this year, there were a total of 17 campus violence cases, with most suspects being middle school students. As most assaulters in the above mentioned cases are under 16 years old, no punishment was ascertained, let alone the criminal responsibility. According to China's laws, no detention is assigned for the young people aged 14 to 16 years old, as well as for those aged 16 to18 that violate the law for the first time. Therefore, it's not a matter of loosened enforcement of the local security offices, but a kind of helplessness caused by different standards of abiding by the law.

To a certain degree, we owe thanks to the U.S. in this case, as they help us to sanction these lawless bullies that Chinese laws failed in. However, China should start depending on its own laws, as more serious campus cases are pending. But when will Chinese laws take action and legislate the laws required to sanction this kind of inhumane behavior?

0 responses on "What should Chinese laws learn from case of Chinese students torturing peers in the U.S.?"