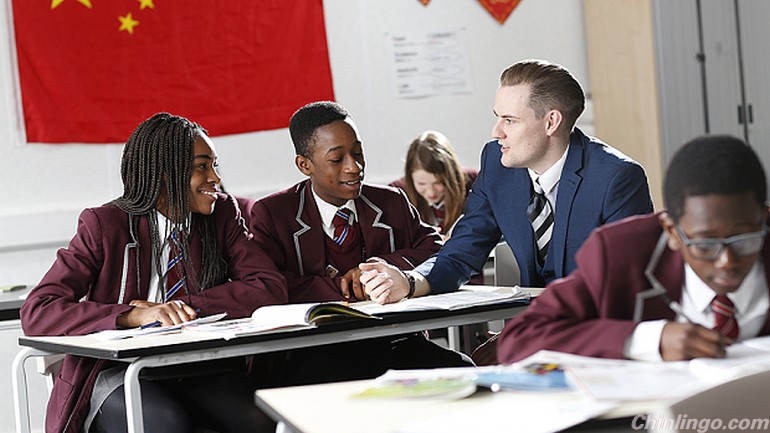 Last year, the Department for Education signalled a major expansion of Mandarin lessons in state funded schools. The main aims of the initiative included training 1,200 specialist teachers, and doubling the number of children learning the language to GCSE level by the end of the decade.

With teaching of Chinese in UK schools most definitely on the move, those involved are doing all they can to further teaching of the subject.

On the 12th and 13th of June the Annual Chinese Teaching Conference took place at the University College London Institute of Education (IOE), involving a wide range of speakers and workshops.

The conference was a chance for those involved in teaching Chinese to share resources and help progress teaching in the UK.

The Confucius Institute for Schools (part of the IOE), who are behind the conference, offer a variety of forums, training, materials and other support for teachers and schools.

The top aim listed on their website is: “To work to secure a major expansion in the teaching and learning of Mandarin Chinese throughout the English school system.”

One of the growing number of state schools and academies offering Mandarin Chinese as part of their curriculum, Harris Academy South Norwood has incorporated Mandarin into the heart of their language teaching.

The school has been teaching the subject to Years 7-11 since opening as an academy in 2007, and has plans to expand further. With 98 Year 7 pupils studying the language this year, 75 in Year 8 and 29 finishing off their Mandarin GCSE, take up of the language has been strong.

Pupils at the school initially either take Mandarin and French, or French and Spanish, with Mandarin being compulsory for certain students.

Principal Sam Hainey says that learning Mandarin “broadens student’s cultural awareness, as well as their ability to communicate in a language that is spoken by more than a fifth of the global population.”

He explains that the difficulty of learning an entirely different writing system is something that makes the language particularly rewarding: “Seeing younger students being able to interpret and write in characters is a powerful image.”

Based on this success, the school has plans to take their programme to the next level, with the aim being to offer A-level Mandarin from September 2016.

Hainey states that “as China becomes more dominant in the business world, the ability for students to communicate in Mandarin will give them a unique advantage over other modern foreign languages.”

The career boost learning Mandarin can provide is substantial, as it enables individuals to more effectively do business with the largest nation on earth. A distinct advantage for any employer whose interests expand beyond the native English speaking world.

According to the Education and Skills Survey 2014, conducted by the Confederation of British Industry (CBI) and Pearson, Mandarin is rated as the fourth most useful language for an employee to have.

The number of businesses who value Mandarin ability has been steadily on the rise too, with 31 per cent of firms valuing knowledge of the language in 2014, up from 25 per cent in 2012.

Additionally, according to the survey, the main step taken by firms to address weakness in language skills is by far and away recruiting new staff with existing language skills.

At Harris Academy South Norwood, learning hasn’t just been restricted to the classroom, with several visits to China having taken place, as well as trips into China Town to raise cultural awareness.

James Stagg, the Mandarin teacher at Harris Academy South Norwood, says that “all of [the students] get something from it, even if it’s just thinking about how different it is….China is so different that they have to broaden their minds a bit.”

He goes on to say that whilst “a lot of [pupils] think it’s harder, the grammar is actually much simpler.”

As the spoken words have no relation to the characters themselves in Mandarin, studying the language requires a big commitment in terms of practice, which Stagg says they try to build into lessons as much as possible.

Additionally, he highlights the efforts they make to teach pupils Chinese culture and the ways in which Mandarin can help them in the working world, in addition to teaching the language itself.

Aside from getting a student through A-level, his ultimate goal would be for everyone to have at least some access to Mandarin between the ages of 4 and 18, as he says “it’s the access that’s missing at the minute.”