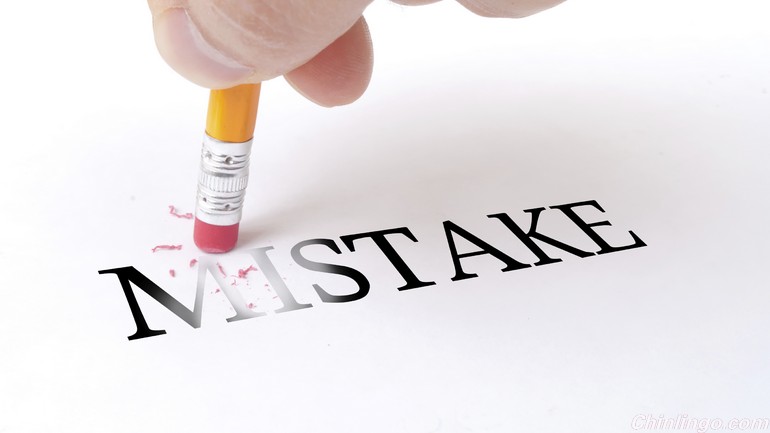 A common mistake I often hear students make is using 是 in sentences with an adjective.

This is a literal translation of the English sentence “you are very pretty.” However, in Chinese, such sentences do not need a verb.

The correct way to say this is: 你很漂亮 (nǐ hěn piàoliang).

Similarly, the sentence 他是很高 × (tā shì hěn gāo ×), which means “he is very tall,” is incorrect. 高 (gāo), like 漂亮 (piàoliang), is an adjective, and therefore 是 is not needed:  他很高 (tā hěn gāo) is the correct way to say it.

So when do we use 是? It is used in sentences where the word used to describe something is a noun.

For example: 你是中国人 (nǐ shì zhōngguó rén: you are Chinese).

This sentence is similar to 你很漂亮 (nǐ hěn piàoliang), as in both cases we are saying something about 你. But in the first sentence, the word used is an adjective, 漂亮, whereas in the second sentence the word used is a noun, 中国人 (zhōngguó rén).

If you have trouble figuring out which words are adjectives and which words are nouns, keep the following in mind. When describing something with an adjective, it is usually an opinion (not everyone will agree someone is pretty). When using a noun, what is being described is fact.

The elements joined by 和 (hé: and) are coordinate and they often belong to categories of the same kind. Generally, it is not used to join clauses.

For example, when talking about hobbies, students may say 我喜欢看电影和我喜欢听音乐× (wǒ xǐhuan kàn diànyǐng hé wǒ xǐhuan tīng yīnyuè × ), which means “I like watching movies and I like listening to music.”

Since “我喜欢看电影” and “我喜欢听音乐” are two clauses, we do not use 和 to connect them. There are two ways to correct this.

How would you correct the following two sentences?

Since 医生给我一些药 (yīsheng gěi wǒ yìxiē yào: the doctor gave me some medicine) is a full sentence, we could call it a clause. We cannot connect it to “said” with 和. Instead of using 和, we should use 并且 (bìngqiě), a conjunction that can connect clauses.

Adverbial words should be put before the verb in a sentence as opposed to at the end. Native English speakers often make this common mistake because it is sometimes tough to overcome established language patterns that have become second nature.

I study at Peking University.

I go to work by subway.

I play basketball with my friends.

Since the basic structure of Chinese sentences is: S + adverbial words + V(O), the sentences above should be corrected as: