Are Chinese nicer to foreigners than to their compatriots? 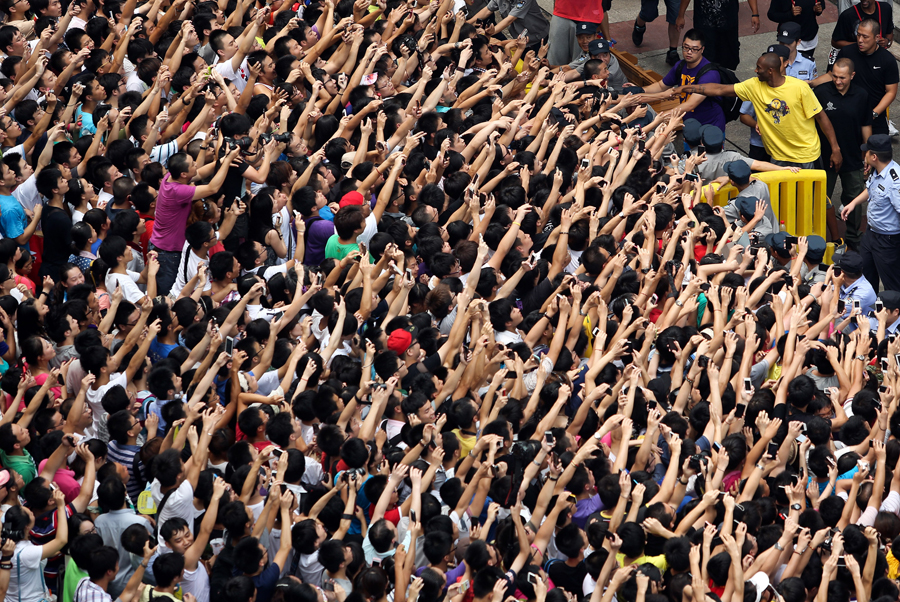 The argument is often made that Chinese people tend to be nicer – or at least more courteous – to foreigners than they are to each other. But is that really the case?

A
When I first moved to China three years ago, I quickly had to get used to the fact that no one would hold open doors or keep the elevator waiting for more than, oh, 0.0003 seconds. I continued these practices basically out of habit, until one day I realised something – more and more people in my apartment building were holding open the door for me or, when seeing me sprinting towards the open elevator, would press the elevator open button. My other foreigner friends also started noticing the same thing in their own apartment buildings, but we've also observed that the Chinese residents don't really do it for each other. Why? My only guess is because when a door is held open for me, my obviously grateful smile and profuse round of  "Xiexie, xiexie!" makes them feel good – I base that on the fact that they always tend to smile and look extremely pleased with themselves. Whereas when a door is held open for a fellow Chinese person, there tends to be absolutely no acknowledgement of the kind deed just done. Only time will tell if this trend increases.

I live in Chongqing, have travelled to many countries but Chinese people are unique. Standing under a building's overhang and sheltering from a sudden shower, a Chinese woman walked past with her little boy. She stopped and rummaged in her bag, gave me her spare umbrella. Having my shoes polished in the street, (I know the normal price) two guys, separately, stopped. I noticed them, wondered why they'd stopped. When I put my hand in my pocket to get the money to pay, both of the guys signalled that I should only pay 2 yuan. These are but two examples of the many kindnesses that I've been shown here. They'd not happen anywhere else that I've been – even in my own country, alas!

Depends. I have been treated better than my chinese friends just because i am lao wai, and i have also been treated worse for the very same reason.

At least in Sweden you see the same phenomenon. People treat at least white foreigners better.

0 responses on "Are Chinese nicer to foreigners than to their compatriots?"