What motivates you to learn Chinese? 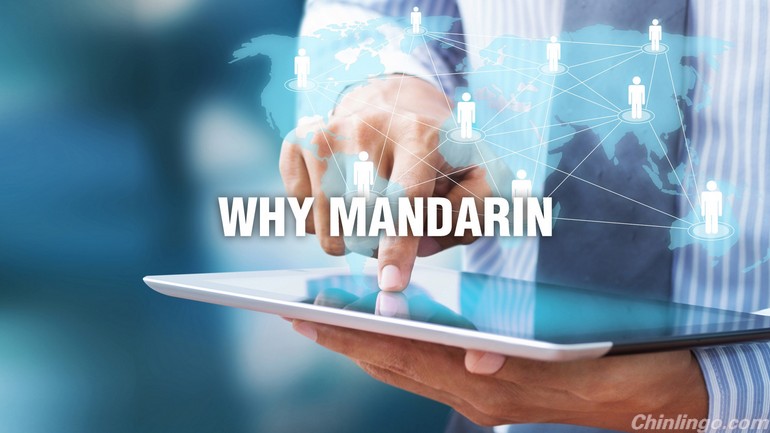 For most people whose native language is English, learning a language is not only difficult and time consuming, but often not worth the time and effort because ‘everyone speaks English’. Having lived in China for almost 4 years now, I can tell you confidently that everyone DOES NOT speak English, further more have no reason to learn it. We, on the other hands the remaining 5.8 billion people on the planet, certainly do have several good reasons why we should learn Chinese, here are just 8 Reasons Why You Should Learn Chinese:

1. Chinese is the most widely spoken and fastest growing language in the world

I know literally every blog post you find about learning Chinese will have this as the first reason to learn Chinese. But rightly so; if you’re going to learn another language, why not make it the one that almost 25% of the world already speaks! Ok, so you might be thinking, I’m never going to China, but you might go to Singapore or Taiwan where Chinese is also widely spoken. Not only that, but Chinese folk are living all over the world: in Canada, Australia and USA to name a few.

Chinese is now also being taught in many schools in the USA because chances are those kids will need to speak it in the future.

2. To Be able to Travel in China Without Accidentally Ordering Dog Off the Menu

Sadly, one of the things that happened to me when I arrived in China was I became more picky when it came to food. Because I had very little spoken Chinese, let alone read it unless I was with someone who could read or speak Chinese I ended up pointing at pictures, or worse, not going to restaurants I knew I couldn’t order at. And don’t kid yourself, whilst there are many places in China where people do speak English if you chose experience the ‘real’ China, there probably won’t be. Even in a big city like Shenzhen, there are many people who can’t speak English apart from ‘Hello’ and ‘Look Missy’. I’m not criticizing anyone. I live here and it’s my responsibility to learn Chinese. On the other hand, anyone who can speak English will probably be beyond themselves with excitement and help you anyway they can. Just don’t expect it, is all I’m saying, and learn the basics at least.

3. To Understand Chinese Culture and History

I honestly believe that in order to fully understand Chinese culture and history you need to learn Chinese. I’m not suggesting that you need to be able to read the works of Confucius, but there are just some things when spoken in English make absolutely no sense and leave you feeling more confused and unsatisfied than before. Once you get to grips with even the basics of Written Chinese you will begin to make connections and comprehend more about Chinese society and mentality.

4. Because Chinese is Quickly Becoming the Language of Business and Tourism

There are more and more businesses not only having their products made in Chinese factories, but also marketing towards the Chinese market. Recently a group of entrepreneurs began to make their unicycles here, and are confident that their products will sell well here. There are a mass of foreigners in Shenzhen alone looking to import and sometimes export products to and from China.

Chinese are travelling abroad more often, especially to Australia, USA, Japan and Thailand. If you work in tourism, it’s definitely worth speaking a little Chinese to accommodate the big spenders.

5. There Are Plenty of Resources And Mobile Apps to Help You Learn Chinese: So No More Excuses!

Now there are plenty of excellent resources out there for learning Chinese. Books are great, Kindle books are even better if you’re travelling. Online courses are popular, blogs, videos and audio can educate you in new methods of learning from REAL students or teachers of Chinese. Mobile apps are probably the way forward and there are tons on the market to choose from.

6. It’s Good Exercise For Your Brain

So if you want to keep your brain on the ball, be a maths genius (Chinese children have a great understanding of maths than English speaking children) or keep your self organized, Chinese is the language for you!

It’s fair to say that more and more foreigners are arriving in China looking to find work as a teacher or to start their own businesses. Whilst learning Chinese is not essential for teaching, it would probably benefit your relationships with colleagues and the parents of your students. If you’re serious about learning Chinese and take an HSK exam this will definitely something you can put on your resume for the future. As Chinese businesses such as electronic goods, textiles and petrochemicals expand more into the West, China aims to turn around the term ‘Made in China’ into a more positive ideal and working alongside the Chinese to achieve these goals will be imperative in almost every industry.

The more time I spend learning Chinese, the more intrigued and enthralled I become. I’m making more and more connections when learning new characters; I realize that a certain character is used in many different bigrams, or when you can guess the meaning of a character just by looking at the radicals and when the penny drops it’s just utterly amazing! I’m not the only one who feels this way – more and more people are learning Chinese just for fun. Literally for their own enjoyment, and honestly I can’t blame them. It’s challenging and sometimes writing the same character 100 times makes you feel crazy, but if you keep going you’ll soon realize that this is an awesome language.

Seriously. Learn Chinese and Have Your Mind Blown. It Feels Good…

0 responses on "What motivates you to learn Chinese?"