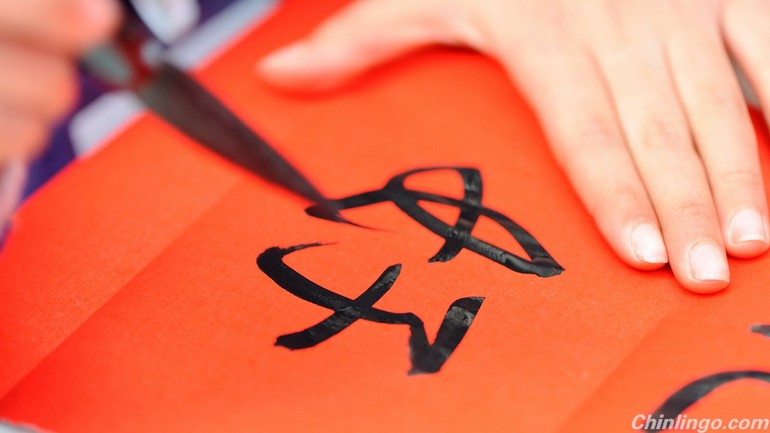 5. Practice speaking in front of a mirror.

In my last Chinese class, I realized that many silent students were nervous about talking because they thought they looked
awkward when they spoke. And it’s true, something happens to my mouth
when I speak Chinese – it moves in crazy ways that it doesn’t when I
speak English. Sometimes, if I become aware that I’m speaking fluently
without a book or script, I start to overthink my words and the
movements of my mouth, and I begin to falter.

It’s just as important to be physically confident about speaking
Chinese as it is to have a strong grasp of the vocabulary,
pronunciation, and tones. Speaking in front of a mirror and seeing how
your mouth forms Chinese words can help with this. Watch yourself speak,
relax your facial muscles, and practice being angry and sad and happy
in Chinese. When you realize you don’t look like a fool, fluency will
start to come naturally.

Eschewing English-language social networks in favor of their Chinese
equivalents gives you a good reason to use Chinese characters on a daily
basis, as well as the opportunity to network with a large community of
Chinese netizens. Facebook and Twitter are blocked in China at the
moment, but you can use their local equivalents, Renren and Weibo.

I used to be wildly frustrated when learning Chinese characters
because I saw it as too much work for too few immediate rewards. But I
remember the day my iPod Touch arrived at my door, after I’d ordered it
online having spent the previous day struggling to read Chinese terms
and conditions. When the right product turns up at your home, it’s
tangible proof you can use your Chinese skills!

I still find Taobao,
the Chinese equivalent of eBay, difficult to navigate because of the
cluttered interface and overwhelming array of products, but I can now
use Amazon.cn with no problems, as the layout is similar to the English-language version.

7. Take the HSK, a standardized Mandarin exam for non-native speakers.

The Hànyǔ Shuǐpíng Kǎoshì (HSK) is a Mandarin proficiency
exam administered in China and abroad. There are six possible levels of
achievement, the most elementary testing you on 150 words, and the most
advanced testing your knowledge of up to 5000 words.

Some people take the HSK for Chinese university admission, others
because they are hoping for a short-term language study scholarship. For
those of us with only vague plans what to do with our Mandarin skills, I
suggest taking it as an end goal. It’s often easier to push yourself if
you’re working towards something concrete.

The exam tests your listening, reading, comprehension, and
composition skills. The cost depends on your level. The spoken part of
the exam is separate. For more details, check out the website.

8. Live in China a while, but don’t immerse yourself in English-speaking expat circles.

I live in Shanghai, and many foreigners tell me this is not the best
place to learn Mandarin. “Get out of the big city and move somewhere
more rural and really Chinese,” they argue. But I disagree that camping
out in a tiny city is necessarily the best way to learn Chinese. You can
be in a big city and speak Mandarin everyday, or go to a rural town and
seek out the five other English-speaking foreigners there.

Last year I lived in the Yangpu district of Shanghai, far away from
the “foreigner-infested French Concession,” as my friend joked. Yet I
surrounded myself with English speakers, and my Chinese didn’t improve.
This year, I’m actually living in the “foreigner-infested French
Concession”, but I feel more immersed in the language. I speak Chinese
to my Japanese and Korean classmates, to my landlord, to my elderly
neighbors, to my favorite restaurant owners, to Chinese friends. I live
in one of the most foreigner-friendly parts of China, yet I’m doing
better than ever with the language.