Relax, China isn’t even close to having a shortage of labor 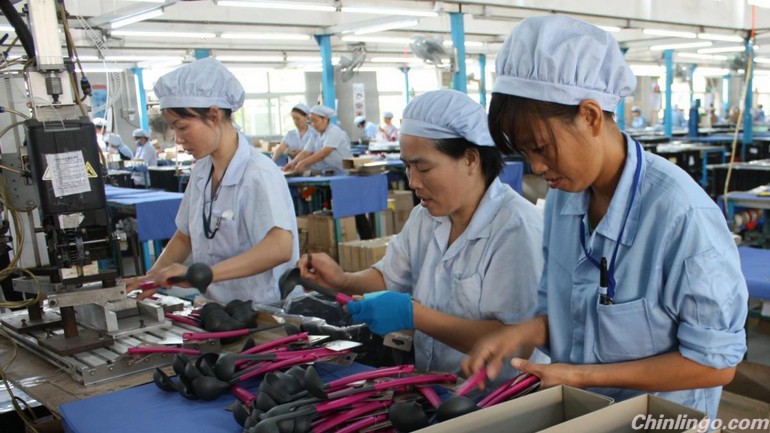 China’s labor force reached its inflection point in 2012 when the
working population dropped from its peak the year before to 937.27
million. Cue domestic media fretting about China losing its competitive
edge in manufacturing and exports, as a shortfall in labor would cause
factory wages to rise. Checking headlines recently, the story
resurfaces, as the local media talk of wages in some Southeast Asian
countries being a third cheaper than China, and the foreign media
reports of an exodus of international companies to Southeast Asia.

But how can we explain the contradiction of an economy apparently
experiencing a labor shortage, and at the same time, university
graduates still finding it tough to find jobs? Fear not, says one
renowned Chinese academic, who believes that China will not only
continue to enjoy a labor surplus in the long term, but the challenge
will be in ensuring there are enough jobs are available.

Li Tie, Director-General of the China Center for Urban Development,
an expert who’s assisted the Central Government and State Council in
drafting urbanization laws, offers a different viewpoint on where
China’s working population is headed. Li argues that the difficulties
for Chinese graduates in finding employment are a symptom of structural
oversupply in the labor market, which can be fixed by market forces.

Li’s main arguments why there won’t be a labour shortfall are as follows:

1.) It’s a mistake to read too much from this short term
phenomenon. We currently have about 800 million rural residents, of
which 600 million permanently reside in the countryside. Each rural
resident has on average 0.1334 hectares of land. But a more appropriate
land holding to be economically productive would be each resident
holding around 0.677 hectares of land. If we’re not able to unleash this
labor force, then we’ll never be able to solve the countryside’s
problems.

2.) If we look at the situation in the cities, the problems are
just as bad. Due to structural changes in industry, labor intensive
industries will make up less of the overall economy, meaning more and
more capital and technology replacing labor. We’ve already seen in the
past reports of robots replacing humans in Dongguan’s factories, or in
Zhejiang local policy to install more robots. These are efforts by
factories to reduce labor costs, increase their technology capabilities,
and at the same time be less reliant on labor.

3.) Another phenomenon is that of capital substituting for labor.
Now there are many companies occupying large amounts of land, investing
huge amounts, but their ability to take on labor is substantially less.
China is a country rich in labor supply. If we consider the supply of
labor from the countryside, already 250 million have migrated, but that
still leaves over 200 million potential workers, then how are we going
to absorb them all? This is the problem we need to address.

4.) China already has a migrant working population, their
employment ‘golden age’ being 16-45, and after 45 years old, they return
to the countryside to work the land. But this means their labour goes
unused for 15 years, a period which can also be considered a prime time
for employment. Its a waste of a time in ones life when one’s maturity,
technical knowledge and experience all peak. But its because ‘hukou’
reform is still incomplete, that this pool of labour remains untapped.

So with this excess supply of labor, and at the same time labor
lying idle, you tell me where’s the evidence that China’s losing its
‘labor bonus’?

In other words China will still face the historical challenge of
finding employment for its massive population, a problem which the
government must prioritize over other economic goals, in order to
maintain social stability.

0 responses on "Relax, China isn’t even close to having a shortage of labor"