Will Disney Cast a Chinese in the Role of Mulan? 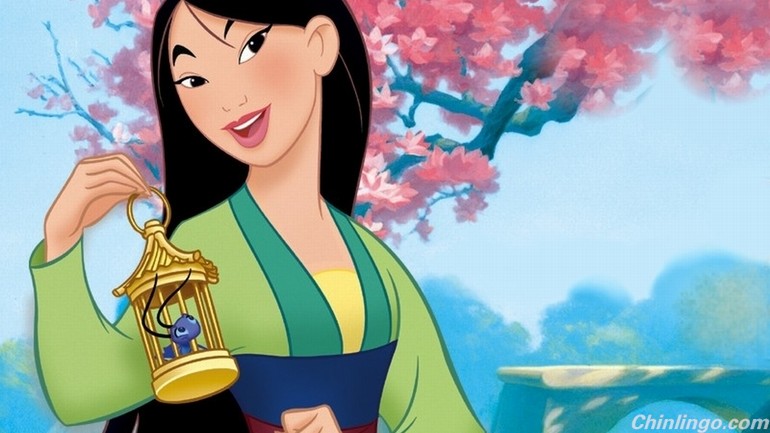 The Internet erupted in cheers after the announcement that Disney is going to start production on a live-action version of Mulan. After the roaring success of Cinderella,
Disney has a whole slate of films planned that will turn their beloved
children’s cartoons into live-action versions, including Beauty and the Beast, Dumbo, and The Jungle Book.

Mulan is one of my favorite Disney films. Of course, that is
largely because the film is set in China, but also because Mulan is one
of the Disney heroines that kicks lots of ass in more ways than one.
While the film does open on her visiting a matchmaker and there is a
love sub-plot, love and marriage are minor aspects to the story. Its one
of the few Disney cartoons that focuses on a female character with a
completely different driving force. Frozen received far more acclaim for being “feminist” than it was or deserved while Mulan is routinely left out of arguments about whether Disney women are good role models for young women.

A pattern of whitewashing

As one of the few Disney women of color, there is already a lot of pressure on Disney to get the casting right. A petition is already circulating demanding that Disney not cast a white actress as Mulan.
It might seem obvious that Disney would cast a Chinese woman to play
Mulan, but Hollywood has a poor reputation when it comes to representing
people of color in film. Aside from the huge lack of people of color in
film (only 4% of female characters in American films last year were Asian or Latina), characters that should be people of color often are not. One of the biggest miscasts of the year was Rooney Mara as Tiger Lily in the new Peter Pan
remake (which looks like a rather crappy movie overall). There was also
the hugely disappointing casting of Matt Nable as Ra’s al Ghul on the
CW’s Arrow. Unfortunately, Ra’s al Ghul and The Mandarin (both notable comic book villains of color) have never been played by man of color on TV or in film. Perhaps the most egregious recent case of whitewashing in Hollywood would have to be Ridley Scott’s Exodus: Gods and Kings.

So there is good reason for people to be concerned about Mulan’s
casting. In fact, Mulan already has a live-action counterpart on
television, on ABC’s Once Upon a Time. However, she isn’t
played by a Chinese actress, but a Korean one, Jamie Chung. My problem
with this casting is that is perpetuates the belief that all Asians are
the same, as if they are interchangeable.

I remember when Memoirs of a Geisha came out several
years ago and there were many complaints from the Japanese and Chinese
communities that the three main roles in the film went to Chinese
actresses. I didn’t really understand the outrage at the time, but after
living in China for so long, I certainly now see the casting was
inappropriate. Casting a few minor characters as Chinese would have been
alright, sort of how George Takei did a voice of a Chinese ancestor in
the cartoon version of Mulan, but for the face of Memoirs of a Geisha to be Chinese was offensive.

So will Disney whitewash Mulan? I don’t think so. Disney is first and
foremost and always a business. Their bottom line is always going to
guide their decisions. While most of Disney’s films are marketed in
America and geared for the American market, Mulan is an exception because it can (and will) be marketed heavily to the Chinese market, and that is a market that matters.

Last year, the movie that made the most money in the world was one of the worst movies of the year (and probably all time), Transformers 4.
The reason for that is because it made over US$300 million in China
alone, the largest-grossing film in China of all time. The movie was
heavily marketed here, filmed here, and gave minor roles to several
notable Chinese actors. Two other big recent movies were Iron Man III and X-Men: Days of Future Past
– both of which included token parts for China’s biggest actress, Fan
Bingbing. Hollywood is slowly but deliberately pivoting decisions about
their filmmaking with the China market in mind.

China is the second-largest film market in the world, just
trailing the U.S. Disney might not cast a Chinese woman as Mulan because
that is how it should be, but they will because they know it will catch
them millions of those sweet, sweet RMBs.

0 responses on "Will Disney Cast a Chinese in the Role of Mulan?"