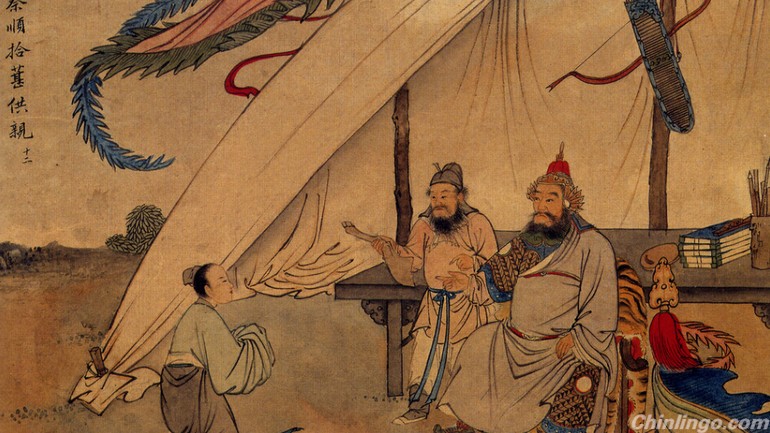 Cai Shun was a man in Runan (today's Henan) of the Han Dynasty. His father
died when he was young and he was very pious to his mother.

His time coincided with the Chaos Caused Wang Mang and famine and living
expenses were very high. He could not but pick mulberries as food for himself
and his mother.
当时正值王莽之乱，又遇饥荒，柴米昂贵，只得拾桑葚母子充饥。

One day, he encountered the Red-Brow Army and the solders asked him: "Why do
you put red mulberries and black mulberries into two baskets separately?"

The solders had compassion for his piety and gave him two deciliters of rice
and one bovine hoof in respect.
赤眉军怜悯他的孝心，送给他三斗白米，一头牛，带回去供奉他的母亲，以示敬意。