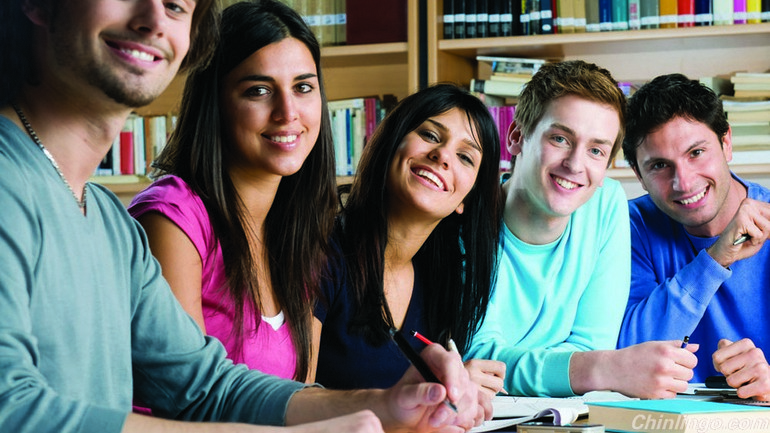 English is the international language of business. But an increasing number of American companies that do business in China or with Chinese companies are having their workers learn Mandarin.

Michael Cheng is a Taiwanese-American Internet entrepreneur and property developer. He is also in the business of teaching Chinese. Mr. Cheng is president and founder of the Mando Mandarin Online School. The school is based in New York and uses teachers in China to teach over webcams.

An instructor teaches Mandarin Chinese to a class of language students in Paris.

"China over the past few years very quickly has already become the world's second-largest economy. And, you know, it's just common business savvy. If China's got over three trillion dollars in reserves now, so if you want to do business or connect with the fastest-growing country in the world, it might make sense to make an effort to engage the people in their own language, as understanding of their language and culture goes a long way in building strong relationships — especially with the Chinese."

By some predictions, China could pass the United States and become the world's largest economy by twenty twenty-five. Michael Cheng says that as China's economic power has increased, so has its cultural power.

"Starting back in two thousand four, the Chinese Ministry of Education, along with what was called their Chinese Language Council, began to set up, around the world, Confucius Institutes, and with the purpose of promoting and developing Chinese language and culture teaching resources around the world."

Now, he says, there are more than three hundred Confucius Institutes in almost one hundred countries. These institutes work to promote Chinese language at the university level. The Chinese government has partnered with colleges and the Asia Society to set up programs across the United States. High schools have also received money to start Chinese language training programs.

"In fact, if you want to talk numbers, there's, based on sheer population, there are actually more people learning, well, who speak English in China than there are [English speakers] in the United States. I think right now there's about four hundred million people who are either learning or currently speak English."

He says taking the time to learn someone else's language is a great sign of respect and a way to build business relationships.

"Speaking of relationships, here's a quick business — Chinese business lesson for some listeners. It's one word, it's two syllables and the word is guanxi. To get things done quickly and effectively, it's important to have what's called guanxi. In Mandarin it means personal relationships or networks of influence, and it's very essential to doing business or making connections in China."