Feature: If you can learn Chinese, “Impossible is nothing” is far beyond a slogan 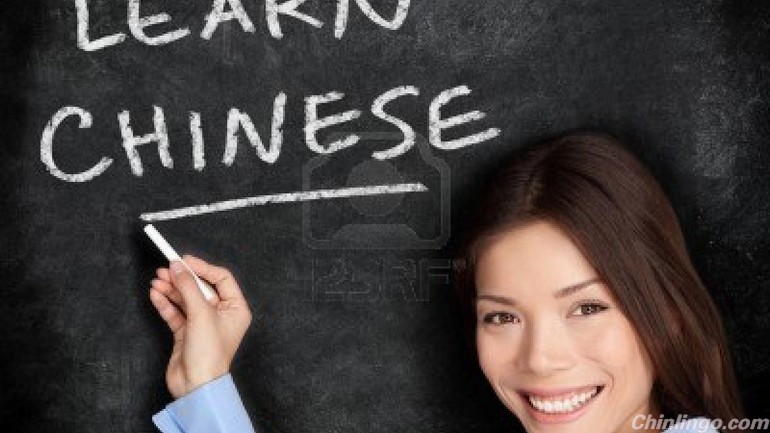 Most people, including the Chinese, would agree that Chinese is one of the most difficult languages to learn in the world. And they are right.

Though the beauty of the Chinese characters is indisputable, the writing system, which is not a phonetic one, could be daunting for any beginner. Not to mention the language's tonal feature, which means that words differ in meaning based on tone as well as pronunciation.

Therefore, when Kara Babb decided to learn Chinese in her second year in university, feedbacks from people around her were not that supportive.

"How can you get that? It's the most difficult language ever. Only super geniuses learn Chinese," they said.

Babb survived the seemingly formidable learning process, and the hard work she had put into the learning not only helped her gain an edge by grasping a useful foreign language, but also boosted her confidence.

Babb said back in high school, she was bothered by her poor performance in math, feeling inferior to others in intelligence.

"The first time I looked at those different pieces of the ( Chinese) characters, (I said to myself) I can't do this. I'm not smart enough to learn this language," said Babb recently at the 8th National Chinese Language Conference in Atlanta, Georgia.

However, after trying not to overthink and instead focusing on the learning, she said she worked very hard every single day to learn Chinese.

"But when I started studying it and really digging into it, I noticed I can do this too," said Babb. "It gives me the confidence. "

Then came the ultimate daunting test for her to finish and defend her Chinese thesis focused on Chinese domestic private enterprises.

"But once I got through that, defending it (the thesis) on time. ..that gave me more confidence," she said, realizing for the first time that "Impossible is nothing" is far beyond being merely an advertisement slogan.

Hard works finally paid off when Babb succeeded in landing a job at Amazon, a U.S. electronic commerce company with headquarters in Seattle, Washington. Though having nil retail background at all, Babb shared with interviewers her story of learning Chinese and ended with telling them that she was capable of basically learning anything new.

For Jeff Kellogg, a young U.S. entrepreneur who had been learning Chinese for nine years, getting touch with the Chinese culture and the Chinese people was inspiring, shedding light on how he would like to outline his future career.

When Kellogg and his family moved their home to Gig Harbor, a city near Seattle, in 2005, Kellogg found that the local high school did not include French, his preferred foreign language, on its curriculum.

"At first, to be honest with you, I didn't plan to stick with Chinese language for long," said Kellogg to some 1,200 leaders and practitioners in the field of Chinese language teaching during one session of the three-day event.

"My first choice when I went to that new school was French, but unfortunately, the school only offered Chinese courses."

Though his first encounter with Chinese was no romance at all, Kellogg's nine-year journey of Chinese learning never came to a halt for once.

After one year of Chinese learning, Kellogg went to China for the first time in an exchange program, and he said that experience "brought him to this day" where he started his own tourist agent to offer the Chinese people a unique traveling experience which once overwhelmed and moved him.

"The first time I went to China, and I was so moved by the experience," Kellogg told Xinhua. "That's why I study Chinese. Because I felt a very real connection to people there. A lot of people think America and China are different … To me, we are all completely the same inside."

Kellogg said his first trip to China started with no expectation about what China would be like, but ended with an intense love about the culture and people there.

"China is one of the most welcoming places I've been to," said Kellogg. "Doing this business is my hope that I can make Chinese people feel that welcome in America."

An intense interest in Chinese language did not necessarily guarantee his success in the language learning, Kellogg said. "It' s persistence that matters," he said, adding that his high school teacher Heidi Steele's persistence and belief in students inspired him deeply.

Heidi Steele, an all-star U.S. teacher for Chinese language, is one of some 1,200 participants in the field of Chinese language and culture education and U.S.-China education partnership who attended this year's National Chinese Language Conference Thursday to Saturday.

In a letter to participants of the conference, U.S. former president Jimmy Carter welcomed the efforts to "strengthen American and Chinese students' knowledge and understanding of the world," adding that it would prepare young generation of both countries for a productive global citizenry.

"I speak only in Chinese with my son …Chinese is integrated into my home life too," Steele told Xinhua. "So when I share Chinese culture with my students, it's a personal thing for me, because it's part of my life at home as well as in the classroom."

Steele said she wanted to present a true picture of the other side world to her students, which could make them "reflect on their own country and China in a very objective and respectful way. "

0 responses on "Feature: If you can learn Chinese, "Impossible is nothing" is far beyond a slogan"