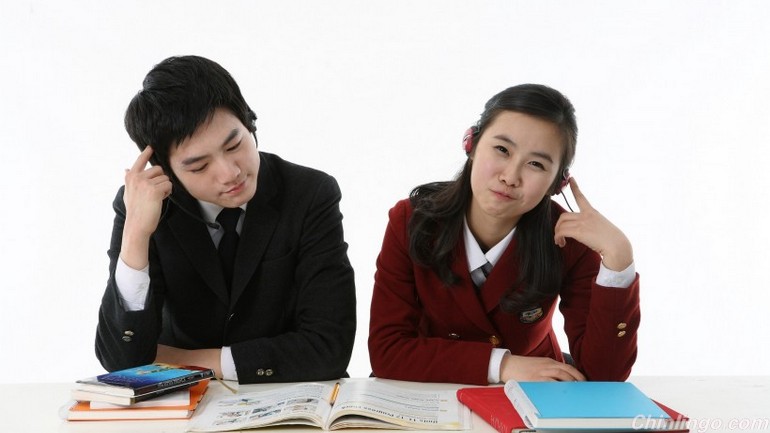 Chinese is one of the hardest languages in the world to learn.

But it's made harder by a lack of good materials and inefficient teaching methods.

The ProbleContrast studying Chinese with, say, Spanish. There are endless dictionaries, flashcard sets, verb charts, grammar explanations, pronunciation guides, audio recordings, etc. for the motivated learner to use. Indeed, with Spanish the problem is having too many materials to choose from. Not so with Chinese. Probably because it hasn't been taught as widely as other languages in the West, the materials are still lacking in almost all the above listed areas.

Also, Spanish teachers don't face the same problems that Chinese teachers do (specifically tones and hanzi). Chinese teachers are usually native speakers of Chinese who don't have natural insight into what it's like for a learner not to know how to deal with tones and hanzi. They don't remember how they learned tones (as children) and they do remember how they learned hanzi (in elementary school). Neither of those experiences is particularly relevant to an adult learner of Chinese as a foreign language.

This article will briefly outline what I think are the most pressing needs in Chinese materials and teaching methods. I'll also give a few solutions, but the purpose of this article is simply to shine a light on the problem so that creative and motivated readers can begin to fill the gaps. Or, if solutions already exist, I'll be thrilled to hear about them!

The current English-Chinese / Chinese-English dictionaries I've seen lack the completeness and usefulness that learners need. Community projects with free licensing options (like MDBG and its CC-CEDICT) are a great start but still not quite enough. There is so much potential for greatness here, I just won't be able to resist writing another article soon on exactly what we need and how I imagine we could get it. But it'll take cooperation and a willingness to sacrifice profit for the simple goal of improving the bank of knowledge available to learners (and I'm not sure how many people will be interested in that kind of approach if it doesn't necessarily generate revenue).

Divergent concepts, countless synonyms, and unknown connotations are just some of the pitfalls we learners face when just trying to answer the simple question "How do you say ___ in Chinese?" I still haven't seen Using Chinese Synonyms by Grace Qiao Zhang but it might help with some of these questions.

There's also the unique interconnectedness of Chinese vocabulary (as illustrated by the hanzi web). I would love to see someone come out with a whole book of those diagrams (using only useful words). There could be different levels of books depending on the frequency of the words (which is also information we don't have readily available, although people like Jun Da are taking steps in the right direction).

I'd also like to see a "Radical Web" book come out. It would be like the hanzi web but instead of showing which vocabulary words contain the central "hub" character, the hub would be a radical. In other words, once I learn the 口 kǒu radical, what characters can I write with just that one (口 kǒu，品 pǐn) and which other characters does that go into? I think I'd better just write a separate post explaining this one too.

I myself still have unanswered grammar questions and I'm not sure exactly where to go to get the answers. I've heard rumors of a comprehensive grammar resource coming out soon, but I'm not at liberty to divulge any details yet.

One of the reasons I wrote Chinese 24/7 (and its 28 pages dedicated only to the tones) was that I felt the available materials didn't adequately describe what's going on with the tones (especially in combinations and natural speech).

The 3rd Tone seems to be the main issue that needs to be addressed now. It's clear now (to me and many others) that the 3rd tone should just be called the "low tone". Here's a short article about John Pasden's better tone diagram. Olle Linge recently came to the same conclusion in his thesis for Lund University.

A friend of mine has just released an excellent tone drill app for iPhone and iPad. The Laokang ® Tone Test is elegant in its simplicity, and it also assumes 3rd tone = low tone. It's also the only thing I've ever seen that distinguishes between 3+3 combos and 2+3 (I thought they were exactly the same!).

There are synthesized voices for reading Chinese characters, packs of mp3s for single-syllable pinyin, but we're still missing ér huà 儿化 recordings (yì diǎnr 一点儿). It's an important part of the language.

Full disclosure: I've never actually taken a Chinese class. But I've talked to a lot of people who have and I've noticed a few patterns.

The tones are the hardest thing for students learning to speak Chinese.

Tones should be emphasized from the beginning of a student's study of Chinese.

I see the following problems with the way tones are taught in most Chinese classes:

Native Chinese teachers still use the traditional tone diagram (that says the 3rd tone is a "v" shape) which I believe is not as useful as the 3rd tone as "low tone" diagram.

Teachers also focus too much on the tones in isolation rather than the much more important combinations.

Teachers expect students to produce the tones before they can even hear the difference between them (especially in combinations). That's asking too much.

Some teachers try to "skip over" the tones with the assumption that students can "add the tones" later after they've had some more experience with the language. I believe this is a little bit like learning to drive an automatic transmission and then trying to "add the stick shift" later. It's usually better to just get going on the tones from the beginning.

One reason I like the Laokang ® Tone Test is that it addresses the first 3 problems in a single screen.

A knowledge of hanzi is not necessary when learning speaking and listening (pinyin is enough).

Hanzi is best learned after a learner has a certain degree of fluency in the language (as the Chinese all had before they started learning hanzi).

Hanzi can be learned just as efficiently (or maybe more efficiently) without a teacher through sheer rote memorization.

I see the following problems with the way hanzi is taught in most Chinese classes:

Teachers require students to learn hanzi from the first class. This takes most of the student's time and energy and yields very slow results. I've met people who've had a year of formal Chinese classes and still couldn't communicate with the clerk at the front desk of a hotel. I think the emphasis should be on pinyin, speaking, and listening for at least the first year (maybe two) or until students reach a reasonable level of fluency so their already useful vocabulary need only be linked to the characters rather than trying to learn it all at once.

Teachers don't teach simple characters first. I've talked to students who came away from their first week of Chinese class being able to write 你好 nǐ hǎo in hanzi and explain the little "girl + son = good" legend. But they couldn't say "nǐ hǎo" with the right tones, nor could they explain what's going on with a 3+3 tone combination. Those two characters are both kind of complicated. If the student already had a working fluency in the language, there could be a system of teaching the characters based on complexity starting with simple first (一， 人，大，太，etc.) instead of starting with the first thing you want to say in a Chinese class (你好).

Teachers ask students to spend class and homework time copying and memorizing the characters. I don't need a teacher to ask me to write a character 20 times. I just need to do it myself. Programs like Skritter (go here if it's blocked in China) provide all the structure necessary for a systematic review of hanzi (including stroke order) without any need for a teacher.

For most of us, reading is more important than writing. Computers and cell phone inputs allow us to choose hanzi from a drop-down list based on pinyin we type. For example:

So if I don't need to write anything by hand, I can still write emails, text messages, and even contracts, etc. with a working knowledge of reading and pinyin. Of course this doesn't produce a "fully literate" student, and students wouldn't be able to pass hand-written tests like the HSK, but maybe those aren't part of the student's goals. If the student's goals don't include hand writing, why not give computerized / text message tests? Conversely, if a learner's goals involve writing, why not organize a separate class for those kinds of learners?

Because of the time-consuming nature of hanzi, teaching Chinese writing should not be treated the same way other foreign language programs (e.g. Spanish) treat writing .

Most Chinese teaching is focused on materials (textbooks) rather than the concepts of the language (vocabulary, tones, grammar, etc.)

I see the following problems with the way Chinese is taught in most Chinese classes:

Teachers rely on textbooks too much. I realize that curricula must be planned, syllabuses distributed. But the fact is: a native speaker of Chinese has a brain full of excellent, correct Chinese. That's all we learners really need access to. Regardless of whether I'm in a Chinese class in America or in China, there are countless real-world situations and objects (i.e. within actual reaching distance of where I'm seated) to drive a class forward. Beginning Chinese class can basically just be the students asking "How do you say ___ in Chinese?" and the teacher modeling correct pronunciation, vocabulary, and grammar.

Learners in China especially don't need a text book. The entire class, regardless of level should be organized around the learner's own experiences (shopping, buying bus tickets, etc.) and materials (a flyer on the ground, a photo of a street sign, etc.). The teacher should just serve as a consultant to answer the student's questions and correct errors. I realize most programs require the teachers to give grades at the end, and this can be tricky with the sort of consultant, learner-driven class I'm describing. But even a little more focus on learners supplying the materials would be a great start.

Learners outside China might benefit more from a textbook because they probably won't be "needing" the language in their daily lives like someone in China would.

Those are the main problems I see for now. Anyone see any more? Any solutions to these problems that I don't know about? Please let me know if I've left something out.

0 responses on "Gaps in current Chinese teaching materials and methods"