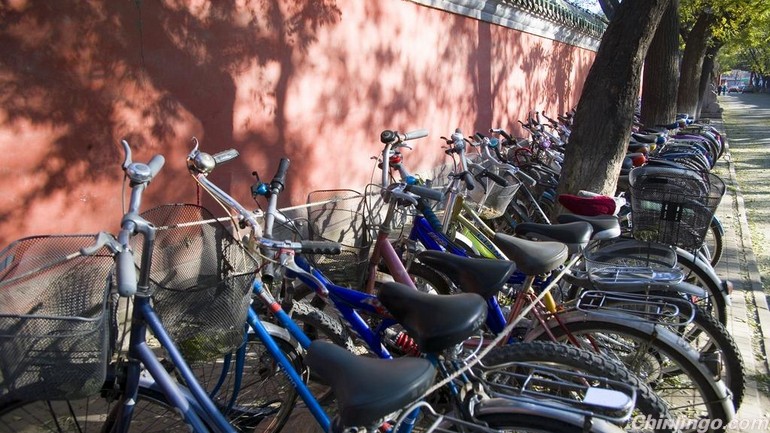 I read the recent article in your paper about Copenhagen's bicycle culture and the call for China to re-embrace its biking tradition. It's true that China had the most bikes in the world in the 1970s and 1980s. Back then, bicycles were regarded as the most economical and convenient tool for transportation and listed as one of the three most valuable treasures a family could own, together with watches and sewing machines. Nonetheless, as the decades have slipped away, China's bike culture has faded. Since China started its reform and opening-up policy in 1978, the country has witnessed unprecedented economic development and incredible social progress. Along with the drastic changes, Chinese people's consumption psychology and demands have gradually changed. For most of them, bicycles represent a backward past while automobiles stand for a promising future. It seems that they couldn't wait to bid farewell to bicycles and welcome the advent of an automobile era with open arms. In 2020, China is projected to become the world's largest market for motor vehicle sales. Gloomy skies, endless streams of red taillights, snappish drivers … such scenes are common in most Chinese cities today, not only in metropolises but also second- and third-tier cities, resulting in thick smog frequently blanketing more than half of China's vast territory.Given mounting greenhouse gas emissions and annoying traffic congestion, Beijing and other first-tier cities have resorted in the past few years to countermeasures like car quotas and public bike-sharing systems. However, many medium-sized and small cities are still obsessed with broadening motorways, building ring roads, and constructing "new districts" far from their downtowns, leaving less space and making biking less convenient. Local governments and relevant authorities are sparing no effort to abandon their inherent conventions and cater to the public's booming appetite for cars. To people working and living in small cities and towns, car use is more symbolic consumption than practical expenditure, and acts as a significant symbol of material wealth accumulation. For instance, it was reported that during the 2015 Spring Festival an increasing number of migrant workers from Wuchuan county of Southwest China's Guizhou Province returned home by car. License plates from big cities and far-away provinces clogged the city's streets. Apart from ease and comfort, the migrant workers regard car ownership as a token of identity and status. The "urban diseases" of thronging cars and choking air have begun to blight many Chinese cities. A lack of wise city planning and people-oriented approaches has further fueled sprawling urban development, a worsening environment, and residents' deteriorating health (including growing obesity). One bright spot is Hangzhou, in East China's Zhejiang Province, which has launched the world's largest bicycle-sharing system and planed to expand the number of public bikes to 175,000 by 2020 even a few years ago. Elsewhere, the iconic bicycle brand Forever – which was all the rage throughout the 1970s and 1980s – staged a comeback in 2010 with a bold online retail experiment and classic designs from the 1950s. This Shanghai-based bicycle maker has succeeded in drawing people's attention back to cycling culture. In addition, groups of cycling amateurs who promote a healthy lifestyle, a retro culture and a pollution-free environment have emerged. They are likely to inspire more Chinese people to look back on and renew their country's bicycle tradition.It would be no surprise if China's local authorities began trying to forge an organic integration of new areas and old towns by referring to Copenhagen's experience, preparing China to return to the glory days of its bicycle culture through proper biking infrastructure.Wang Xinke, a freelance writer based in Beijing

0 responses on "Biking culture poised to make comeback in China"