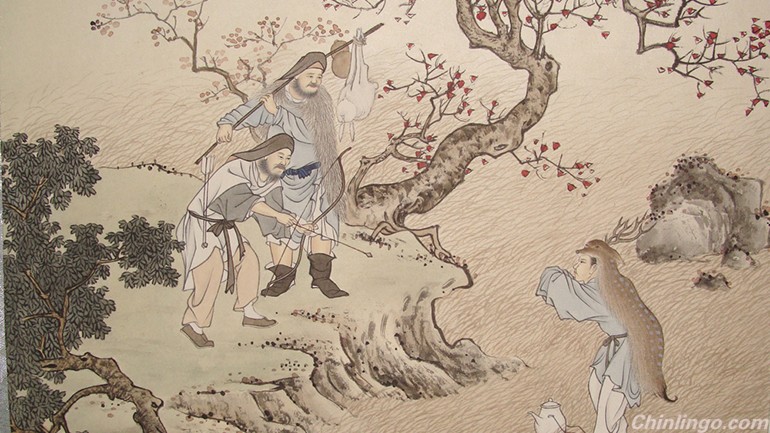 Tan Tzu was a man in the Spring and Autumn Period.

As his parents were very old and suffered from eye disease, they need to
drink deer's milk for treatment.

Tan Tzu wore a piece of deerskin and groped into the mountains; he sneaked
into herds of deer and squeezed deer's milk to serve parents.

On one occasion when he was taking milk, he saw a hunter was going to shoot a
muntjac deer, Tan Tzu lifted deerskin and appeared in a hurry, and then he told
this hunter about the facts of squeezing deer's milk to cure patients' disease.

The hunter respect his filial piety and donated deer's milk. Finally, the
hunter escorted him out of the mountains.

This is the story about "郯子鹿乳".