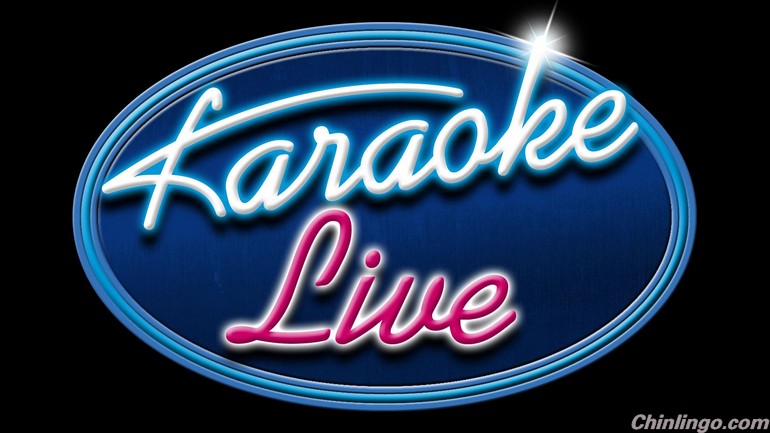 Karaoke is one of the most popular social activities in China. As such, it’s one of the best ways to develop local friendships or impress your Chinese colleagues. Unfortunately, when foreigners go to a KTV, we encounter substantial language barriers with the music, struggling to keep up with most Chinese karaoke songs. Below, we’ve included 10 easy and fun Chinese songs that you can learn with minimal effort—listed by difficulty from easiest to hardest. Check out the Youku videos below, then follow the links to the Chinese lyrics and copy and past them into the MDBG Chinese-English Dictionary to see the English and pinyin translations!

A classic song made famous by Taiwanese singer Teresa Teng in the 1970's, "The Moon Represents My Heart" is one of the most famous love songs in China's history. The chorus uses very easy words and repeats multiple times:

"You go think a bit, You go look a bit, The moon represents my heart…"
“你去想一想，你去看一看，月亮代表我的心…”

Released in 2009, this song was Murong Xiaoxiao's most popular ever, being downloaded over 70 million times according to Baidu Baike. With simple lyrics and an easy rhythm, it's a good choice if you’re looking for a more recent karaoke song.

Bottom line: A typical example of the bubblegum pop that dominates Mandopop today

Huang Ling first recorded "High Song" in 2007, but it recently saw a resurgence in popularity when she sang it on The Voice of China in 2012 with contestant Zhang Wei. It is easy to sing because of the constantly repeating lyrics—including English lyrics like "mountain top," "day and night" and "yi yi yi yi yi yi yi yi yi…"

Among the more than 40 albums Wakin Chau released in his career, the song "Friend" off his 1997 albums Friend remains one of his most popular for expressing the beauty and trial of true friendship. Wakin Chau has released albums in Mandarin, Cantonese, and English, and has acted in 20 films.

Bottom line: An ode to friendship by an international singing and acting star

Jacky Cheung's 1993 album The Goodbye Kiss helped establish him as one of the "Four Heavenly Kings of Cantopop." Later, the band Michael Learns to Rock remade the title track of the album as "Take Me to Your Heart," and it was one of the most downloaded songs of 2006, and is still very popular in Asia.

Bottom line: Popular in Asia in its original form and later as an English-language remake

"Super Star," the title track of S.H.E.'s second album, is one of the Taiwanese super group's most popular songs ever. It is a love song from a girl aimed at a boy who is her super star (though boys can still sing it to their super star girl). The chorus goes:

Bottom line: The most popular song of the pioneering girl group S.H.E.

If you've conquered the other songs, here's a fun challenge. "Happy Worship" is a Chinese hip-pop song with William Pan rapping. It still uses relatively simple lyrics that repeat somewhat often, but it is harder than the previously mentioned songs—and also more fun.

Bottom line: A Chinese rap song if you are up for the challenge

Whether or not a Chinese karaoke fan knows what the lyrics mean, it’s likely they know and appreciate the music of Michael Jackson, Lady Gaga, and other super pop stars. In fact, Lady Gaga is so popular in China that some youth even started saying, "Oh, my Lady Gaga!" instead of "Oh, my God!" in 2010.

Here are a few recommendations for English songs that Chinese people like: