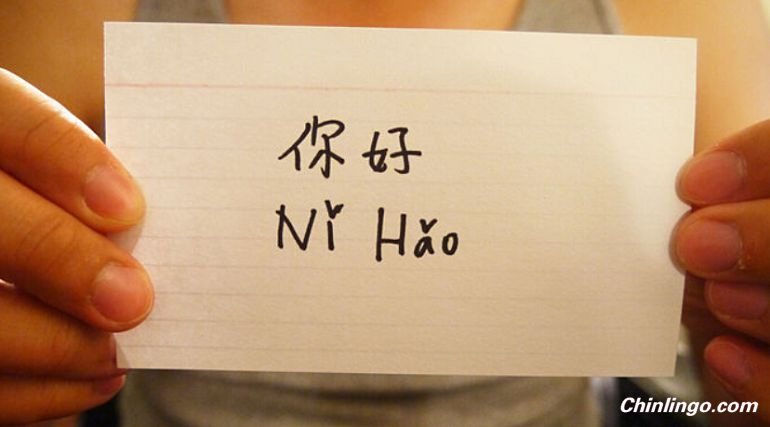 I was waiting for my turn at the ping pong table the other night, when an older teacher started walking past me. I’d seen him several times before and even played ping pong with him once.

He stopped his walk and said, in all sincerity that most people don’t say "nǐ hǎo" 你好 as a greeting. It just sounds too fake (tài jiǎ de 太假的).

I was very startled and asked him to please tell me what I should say. He then went into how good friends will say, "Chīfàn le ma?" 吃饭了吗? or one of the many variations on the question and there are different responses depending on whether or not you’ve just eaten.

This might have been a good little prank, but he was perfectly serious. He was even explaining it to one of his Chinese colleagues who was standing there too (as if he didn’t know!). The colleague, in all earnestness, was agreeing and adding little tid bits of his own to the advice.

I listened very politely and then it ended and they left.

I was surprised to hear all this because:

A. I already know all about "Chī le ma?" 吃了吗? and all the other "eat-n-greet" options around here. I was shocked that these teachers thought I could understand all the other vocabulary they were using yet, somehow, managed to miss one of the most basic greetings.

B. I thought "Nǐ hǎo" 你好 was perfectly friendly. I had no idea it sounded so "fake." I think he might have meant it was too formal and not casual enough for good friends.

C. I don't consider him a good friend. He's an older teacher who I’ve only spoken with a few times, and usually the conversations have left me (like this one) with an unpleasant wèidào 味道 in my kǒu 口.

So the real questions for any of those loyal few who still tune in to this blog are:

1. Is there any truth in what this man says?

2. Should I now be afraid to say "Nǐ hǎo" 你好 at the risk of sounding fake?

I don’t know why, I just prefer not to ask people if they’ve eaten as a greeting. But I’d be willing to try if the overwhelming number of comments (i.e. more than zero) tell me I should.