The complete works of Du Fu published in English 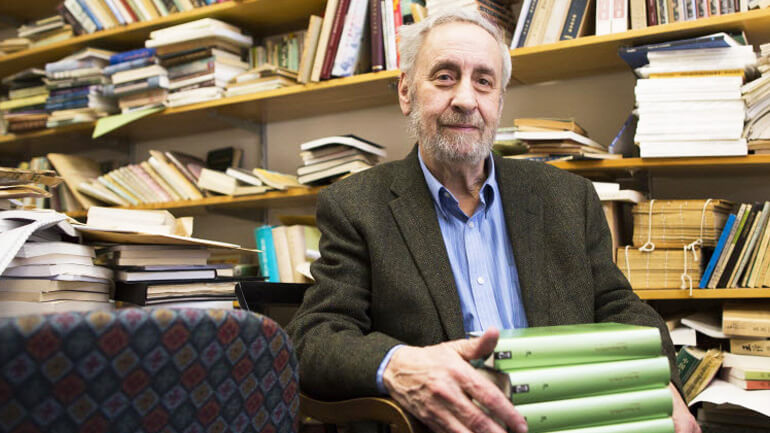 Owen expected the translation to take three years, but teaching responsibilities and speaking engagements set him back numerous times. "It owns you. I got teaching relief for a couple of semesters, and I worked on it and I worked on it. It wasn't that I was lazy," he said. Owen, who is 69, worked primarily alone, allowing a graduate student to go over the work only after it was complete.

"Du Fu's a great person to translate, but there goes eight years of your life. Finally it's done," he said.

Like the Bard of Avon, Du Fu's writing is layered and shows immense range. The elusive poet wrote in a wide variety of styles and registers. Inside the green-bound volumes are acclaimed verses such as "Moonlit Night" and "View in Spring," but Owen argues that Du Fu "is a lot more fun when you get out of the well-known ones."

"He's a quirky poet. When he moves to Chengdu with his family, he has to set up house and writes a poem to people asking for fruit trees and crockery. No one had ever done this kind of poem. He has a poem praising his bondservant Xinxing for repairing a water-piping system in his house. It's a wonderful poem about the joy and discoveries of living in the real world instead of living in the rarefied poetic world," Owen said.

Here is an example in the book:

Gazing on the Peak

over Qi and Lu, green unending.

Exhilirating the breast, it produces layers of cloud;

Someday may I climb up to its highest summit,

with one sweeping view see how small all other mountains are.

You can read the book for free at degruyter.

*Have you ever read the poems written by Du Fu? What do you think of his writing style?