The culture behind Chinese gift giving 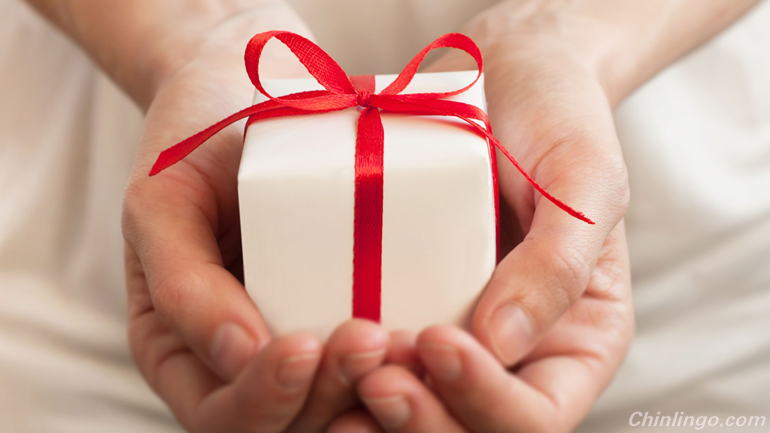 Cultural traditions can vary greatly from one region to another. Practices which are common-place in one country may be deeply insulting in another. When traveling to another country, it's always a good idea to find out about local customs.

The long history of Chinese culture has reinforced certain traditions. More so than in Western countries, Chinese cultures have very specific taboos when it comes to gift-giving.

Many of these taboos come from an association with the spoken or written language, creating seemingly unlikely links between objects and offensive concepts.

There are certain gifts which can cause offense in Chinese culture. Here are a few of them:

Clocks or watches – The Mandarin phonetics for "giving a clock" is similar to "participating in a funeral procession" (送葬-sòng zàng, attend a burial/送钟-sòng zhōng, giving a clock). If you give a clock to someone you are implying that you want that person to die.

Umbrellas – The Mandarin phonetic for umbrella is sǎn – which can also mean "separate" (伞-sǎn, umbrella/散-sǎn, to come loose). Giving an umbrella gives the impression that you want to end your friendship.

Pear is another phonetic for separation. If you give pears to someone, they will think of lí, which can mean "to leave" (梨-lí, pear/离-lí, leave).

Knives or scissors are a bad gift idea, because they symbolize that you want to cut ties with the recipient.

Handkerchiefs – In traditional Chinese society, handkerchiefs are given to everyone who attends a funeral, so they are associated with death.

Avoid giving a man a green hat, as the phrase 戴绿帽子 (dài lǜ màozi, wearing a green hat) means that a man's wife is unfaithful.

Money is often given as a gift. There are some rules, though: For happy occasions, the amount of money given should be an even number, which symbolizes a continuance of happy times. But don't give an amount with four (4, 40, 400 etc.) as four is a homonym with death (四-sì, four/死-sǐ, death).

Money for happy events is given in a red envelope, since red is associated with good fortune. It is important that the money inside a red envelope be new and crisp. Old bills that are crinkled are offensive, and even new bills should not be folded.

If money is given on a sad occasion such as a funeral, the amount given should be an odd number, to symbolize that this event will be the final one. Money for funerals is given in a white envelope.

If you are invited to a wedding in China or Taiwan, the most appropriate gift is money in a red envelope. The amount given depends on your relationship with the bride or groom – the closer you are the more you should give.

The minimum amount given as a wedding present should cover the cost of your meal at the wedding banquet.

When you visit someone at their home, it is customary to bring a small gift. The best gift is something that can be used by the whole family, such as food or tea. If you are giving more than one object, such as a box of fruit, make sure there is an even number.

Chinese etiquette dictates that you must not be greedy, so when you are offered a gift, it is customary to refuse it two or three times. Once the gift is accepted, it will not be opened in front of the giver. A thank-you note can be sent to show appreciation for the gift.

0 responses on "The culture behind Chinese gift giving"