Is the CCTV gala losing its charm? 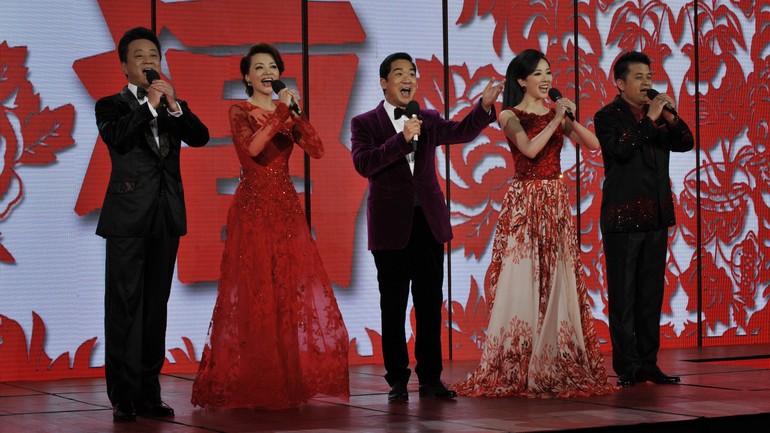 Along with eating dumplings and setting off fireworks, watching the annual CCTV Spring Festival Gala has been a Lunar New Year ritual for many Chinese families over the past three decades.

The nearly five-hour long show
draws between 400 million to 700 million viewers every year, according
to statistics from CCTV. The 2012 gala, with an average reach of 499
million viewers, set a new Guinness World Record for the “Most Watched
National Network TV Broadcast”.

Despite being a massively popular show, the CCTV gala is not merely entertainment.

“It’s part of modern culture for
Chinese people,” Huang Yihe, director of the first CCTV gala in 1983,
told China Daily. “[People] have been working for a whole year and need
an outlet to express their emotions.”

The first CCTV gala was broadcast live at a time when it was considered a luxury to have a TV in China. As TV sets became affordable for more families, the gala turned into an indispensable part of the Lunar New Year.

Times, of course, have changed.
“The gala is much more complicated than before,” 78-year-old Huang said.
“The gala was born at a special time in our nation’s history. Like our
country, it developed fast.”

Changes can be both good and bad.
The gala’s popularity has gradually declined in recent years, with the
number of comments criticizing the show increasing. Many critics are
from the younger generations, lamenting the show’s lack of creativity
and fun.

“Organizers need to know the
audience and understand what they like,” said Wu Xiao, 22, a senior in
English at Qingdao University.

Like many from the post-1990
generation, Wu is never short of entertainment choices on Lunar New
Year’s Eve. Surfing the Internet and playing games on gadgets ― the CCTV
gala is not a priority anymore.

In order to attract viewers from a younger demographic,
gala organizers have been putting much effort into finding out what
they want. Months ago, director Ha Wen took her team to various cities
to talk with young people and get feedback.

“We listened to them and hopefully
they will get what they want from the show,” she said in an interview
with Beijing Evening News last month.

For the past few years, the gala
has featured more pop stars, especially from Hong Kong and Taiwan. This
year, international star Celine Dion is scheduled to make an appearance.

“I certainly appreciate their effort. Balancing viewers’ interests and the show’s variety is no easy task,” Wu said.

But one aspect of the gala has not changed, and that is the undeniable meaning it has for Chinese people.

Despite the negativity, most
Chinese people always watch CCTV on Lunar New Year’s Eve. Zhu Jun, who
hosted the gala for 15 years, said in his book My Midnight Moment: “It
is more like a habit for most Chinese people on that special night.”

0 responses on "Is the CCTV gala losing its charm?"