Role of Chinese language as a bridge increasingly valued 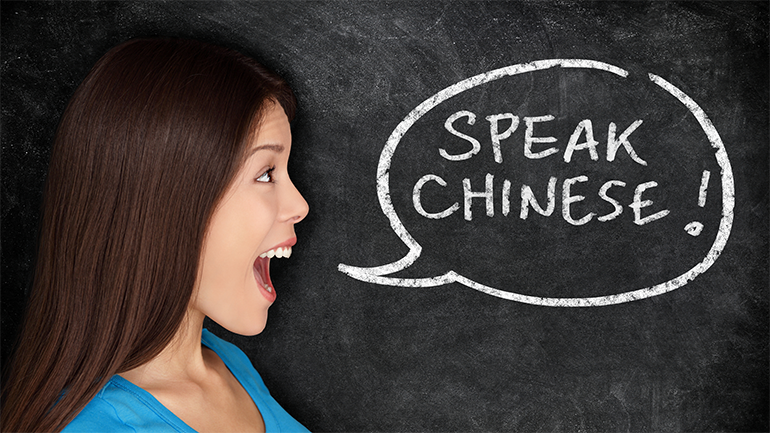 Chinese language bridges exchanges between China and other countries

"Chinese has a great impact on my life. When chatting with my friends in Russian, I often use Chinese words, like '麻烦' (meaning 'trouble' in English), as I cannot find Russian counterparts of many Chinese words", said Chris, a student from Turkmenistan who have been in China for over two years.

Sui Yan, former dean of the Department of Chinese Language for Foreign Students of International Education College, Yantai University, said that international students would get knowledge about a real and more complete China and learn the more lively and colorful Chinese culture. In some countries, learning Chinese has become an important option for some people to seek self-development and realize dreams. For example, some seniors in South Korea study Chinese to spend their retired life or travel in China; some parents move to China with their children and settle down, so that their children are able to learn Chinese in Chinese schools from childhood.

Mark Zuckerberg, founder of Facebook, gave a speech completely in Chinese in Tsinghua University, which has aroused attention from netizens in both China and the U.S.. Many foreign celebrities have come to China to expand their careers. They are trying hard to learn Chinese and have even learned singing some Chinese songs, in order to get closer to their Chinese fans. China, Japan, Malaysia and Singapore are all countries in the Chinese character culture circle. In these countries, people have been voting for the most representative characters of the year in recent years. For example, in 2015, the character "廉" (clean governance) was selected in China, "安" (safety) in Japan, "苦" (bitterness) in Malaysia, and "耀" (brilliance) in Singapore. It is not difficult for us to understand the implied meanings of these characters. Chinese characters have bridged emotional exchanges and gains sharing between us.

"When I started learning Chinese in 2005, all people around me felt that I must be mad. However, as they witnessed the rapid growth of China's economy, they have changed their mind and said to me, 'You were right.' Now, many of them have become interested in Chinese, and felt like hearing some words in Chinese from me. I even sang a Chinese song to my family in a karaoke bar." Angel who is from Latvia said about her experience of Chinese learning. She is now a presenter of Tianjin Television Station.

"Nowadays, with the rapid development of Chinese economy, many people have come to China to learn Chinese not just out of interest but for some more practical purposes. For example, in such countries as Japan and South Korea, competence in Chinese means the greater competitiveness in the job market and the higher payment. In Ireland, graduates who have majored in business and Chinese studies are always "booked" by MNCs before graduation. Such talents are still fairly popular in Europe and the US. " Li Luxing said.

Lily, a student from Kazakhstan who majors in Chinese language and literature in Wuhan University, said, "Since I started learning Chinese, I have made several good friends. We travel together. My mind is always haunted with various delicacies we have tasted during the travels. I like "火锅" (hot pot) and "麻辣烫" (hot and spicy soup) particularly. I didn't like spicy food before, but I eat them every day now. Since I came to study as a graduate student in Wuhan University, I have been a cheer leader and a model. My dreams in the childhood have all come true. I love China." The Chinese language help young foreigners realize their dreams.

today, more and more young foreigners are putting to good use their creativity and wisdom in the hot spot of China and realize their ideals. "I came to China 6 years ago. I'm creating a modern tea brand now." Martin briefed about his experience in the busy life. He is from the U.S.. He is an actor and a talent show contestant. He is now running a tea house, PAPP'S TEA , which was created on his own. "I like tea, but I found there is no modern "tea brand" in China. So I will create one. I'm going to build the most fashionable 'tea brand' in China." Martin talked about his original intention before the startup. Now, he lives in Beijing with his family. His wife is from Sichuan. They got married two years ago. When recalling his first meeting with his parents-in-law, he said, "They were quite serious then, and I was nervous. After asking their daughter leaving for a while, they asked me alone, 'Are you serious with my daughter?' I nodded at once. Since we got married, they have been very kind to me. I love the Sichuan-styled dishes by my mother-in-law. Every time I visit them, she will make 'Sichuan Dumplings' in particular for me."

The Chinese language acts as a go-between for transnational couples, brings China closer to the world and helps you realize the dreams you have been aspiring to. It sings in the song The World's Chinese Bridge, "Every stroke of the beautiful characters looks like the wall-walking of Qinggong…China's Chinese Bridge shines, and inherits the pride after thousands of years; the world's Chinese Bridge would strive with the whole world and smile hand in hand."