Tips for practising the first tone in Chinese 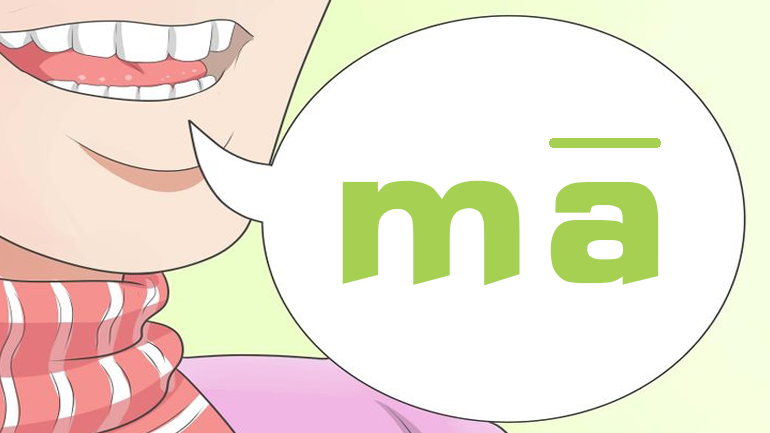 Chinese is a tonal language, meaning that each syllable has a specific tone. If you change the tone, you change the word, just like a word can mean something else if you change a vowel in English. In all, there are four tones in Chinese and in this article, we're going to look closer on the first tone, which can cause problems for some students.

The first tone is deceptively easy and for most English speaking learners, it's not hard to identify.

It's the only tone that doesn't change pitch height significantly, but stays at the same high, flat level. Tones are usually described on a scale with five tone heights, where one represents low, three mid high and five high.

Common problems with the first tone

The problem is that in non-tonal languages, it's common to avoid using the same pitch for two syllables in a row. Therefore, even if most students can pronounce one first tone properly, it's much harder to do so with two or more first tones in a row. The pitch contour should stay more or less flat throughout, but since we feel uncomfortable pronouncing words like that, many learners fail do to this properly. It is completely natural in Chinese, though.

It also pays off to exaggerate a bit in the beginning, because it's always easier to relax later, compared with being sloppy when learning and then adjusting farther down the road.

A third problem is when first tones appears in situations where we would normally change intonation in English, such as at the end of statements (which normally drops in English) and at the end of questions (which usually goes up). There is intonation in Chinese too, but it should be more like an adjustment of the entire pitch range, rather than changing the contour of the tone.

In other words, a first tone pronounced at the end of a sentence should not rise or fall, but it can be slightly higher or lower because of intonation. The most common error is for learners to not keep to a flat done, but instead go up or down as in their native language.

People with a tonal language as their first language might have different problems that sometimes feel strange for speakers of English. For instance, it's common for Vietnamese students do mix the first and the fourth tone, something which is rare with English speakers.

Once you know how the first tone is supposed to be pronounced, you need to practise. My suggestion is to try to avoid focusing too much on individual syllables and try to go for words or very short phrases as soon as possible. When you feel comfortable with that, you can move on to sentences. If you're not sure what to do, tone pairs are a good starting place in general.

0 responses on "Tips for practising the first tone in Chinese"