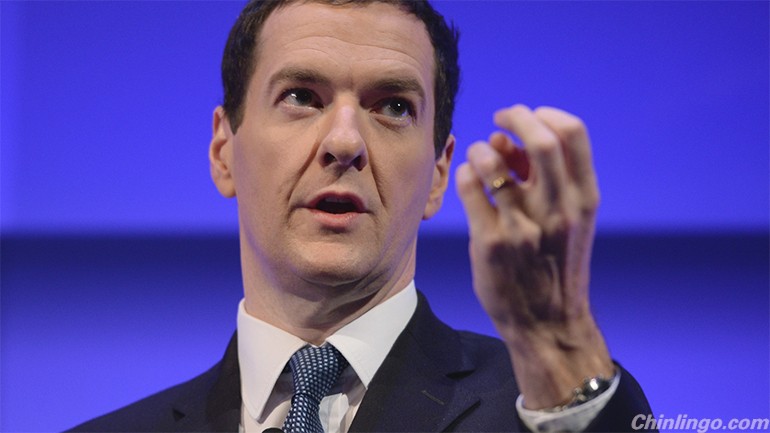 Mandarin in English schools will get a £10m boost, and 5,000 more pupils will learn it by 2020, George Osborne has said on a visit to China.

The cash will be used to recruit and train teachers to teach the language to GCSE level, said the Chancellor in a speech to the Shanghai Stock Exchange.

Mr Osborne suggested Mandarin would be more "relevant" than traditional options like French or German.

"In Britain, there is a hunger to learn more and understand more about this great civilisation," he told an audience of Chinese financiers.

"I see it at home in Downing Street every night as my 12-year-old daughter does her Mandarin homework."

Mr Osborne said the investment would "give more young people the opportunity to learn a language that will help them succeed in our increasingly global economy.

"I'm here in China to help forge closer economic and cultural relationships between our nations, and this announcement is another great example of things we are doing to help grow both of our economies."

Education Secretary Nicky Morgan agreed the relationship between the two countries was vital to the economy.

"Teaching pupils these important language skills will ensure they leave school not just with an excellent education but fully prepared to compete in the global race," said Mrs Morgan.

A CBI survey last year revealed the growing importance of Mandarin for businesses, alongside French, German and Spanish.

But research has highlighted low uptakes of languages at GCSE and A-levels, with traditional subjects like French and German in decline.

By contrast there has been a "modest increase", from a low base, in the number of schools offering Mandarin, a language widely recognised as crucial to the UK's long-term competitiveness.

Mr Osborne told the BBC: "At the moment about 1,000 children in our schools do GCSE Mandarin.

"Why don't we make that 5,000 children in our schools over the next five years… learning a language that is becoming a great international language, rather than, frankly, languages that are not spoken by very large numbers of people?

"That's an ambition that says Britain wants to be engaged in the future."

Mark Herbert, head of schools programmes at the British Council, said: "While it was encouraging to see Mandarin Chinese GCSE entries rise by 18% this year, more investment is welcome as overall numbers remain low compared to other important languages such as French, Spanish and German."